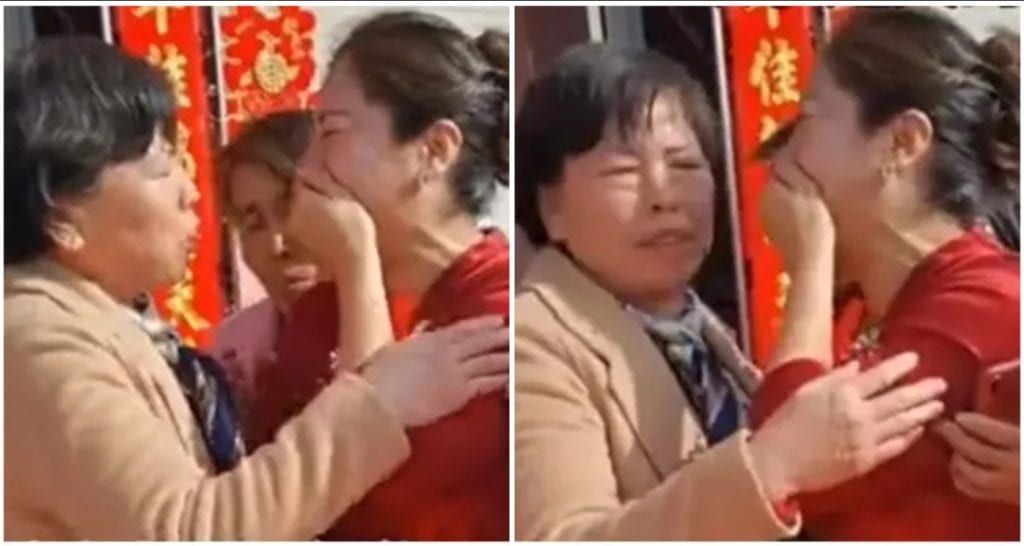 Losing a child is a horrific event. It never matters how it came to happen its something that you you never ever forget. So if you are one of the lucky ones, one that finds your baby even years later it’s kind of a miracle. One woman in China was left in shock when she found out that her son was about to marry her long lost daughter. On March 31st in Suzhou, Jiangsu a one in a billion event occurred.

The daughter was identified by a birthmark on her hand. When the mother of the groom saw it, she confronted the bride’s parents asking if she was by chance adopted. And as luck would have it, she was! The bride had gone missing 20 years earlier, and her adoptive parents found her on the roadside and took her in.

You may think that would have stopped the wedding altogether, but it was quickly revealed that the mother of the groom had adopted him as well. So there were no blood relations between the bride and the groom after all.

As to how the child was lost in the first place, local press speculate that human traffickers had picked her up, and lost her.