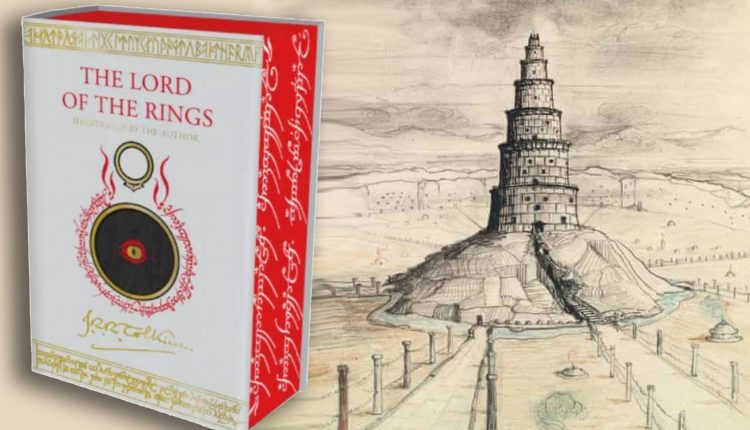 J.R.R. Tolkien Illustrated “The Lord of the Rings” Coming This Fall

Houghton Mifflin Harcourt Books & Media is bringing us a “The Lord of the Rings” by J.R.R. Tolkien edition you probably haven’t seen before. For the first time since its original publication in 1954, a new edition of the book will feature paintings, drawings, and sketches by the author.

Tolkien was extremely shy with the artwork he created for reference while writing his novels. He, like most artists, thought that the art he created wasn’t good enough to include with the books. During a Tolkien exhibit in Oxford in 2018, many people gathered to see his works, including the paintings and sketches he drew of Middle Earth. Since the response to the art was so strong, those involved with the publishing of his works have decided to come out with a new edition of “The Lord of the Rings” with the artwork alongside enhancing the reading experience.

Vice President and Publisher of Houghton Mifflin Harcourt Books & Media Deb Brody had this to say about the news:

“Professor Tolkien is known the world over for his literary and academic achievements, most especially as author of The Hobbit, The Silmarillion, and the critically acclaimed and worldwide bestselling The Lord of the Rings.

His charming and evocative illustrations that accompanied The Hobbit, particularly the now-iconic image that appears on its cover, have become as beloved as the story they accompany.

Yet the author himself was characteristically modest, dismissive of the obvious and rare artistic talent he possessed despite having had no formal training. This modesty meant that relatively little else of his artwork was known of or seen during his lifetime, and generally only in scholarly books afterwards.

This all changed in 2018, with the first of three record-breaking Tolkien exhibitions in Oxford, New York and Paris, at which hundreds of thousands of people were able to appreciate at first hand the extraordinary artistic achievement of a man known primarily for the written word. Among the exhibits was a selection of the paintings, drawings and sketches that Tolkien produced when writing The Lord of the Rings. Originally intended by him purely for his personal pleasure and reference, after such an overwhelmingly positive response by people to Tolkien the Artist it seemed fitting to finally reunite this art with the words it enhances, and we are delighted that in so doing it will allow people to enjoy this masterpiece anew.”

“The Hobbit” was first published in 1937 and “The Lord of the Rings” in 1954–5. Each has since gone on to become a beloved classic of literature and an international bestseller translated into more than 70 languages, collectively selling more than 150,000,000 copies worldwide.

“The Lord of the Rings,” illustrated by the author, is set to release on October 19th, 2021 in the United States.