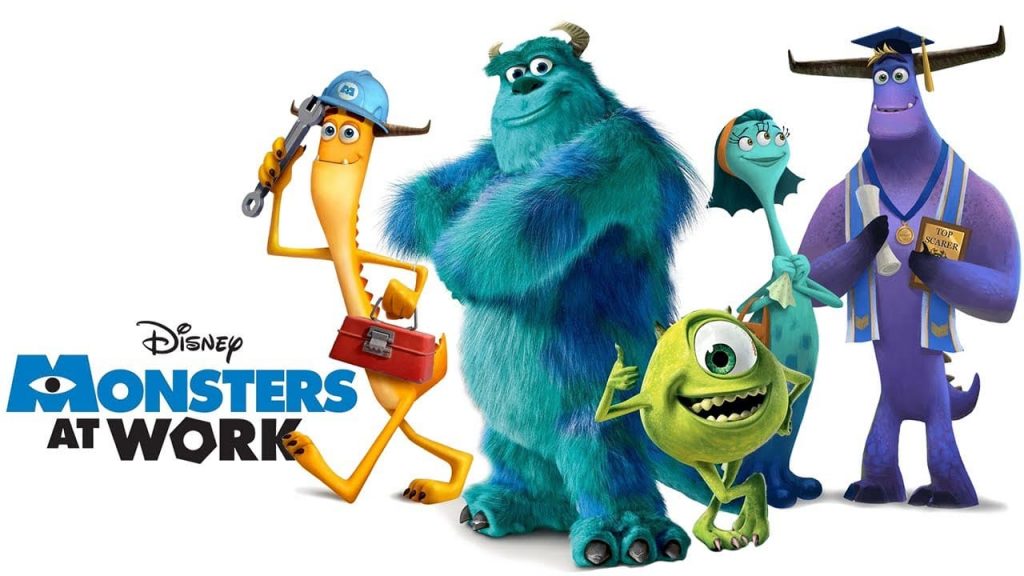 Meet the Cast of Disney+ “Monsters at Work” Series

Disney has released images for their upcoming animated series “Monsters At Work.”  The show is a continuation of the classic, Oscar-winning “Monsters, Inc.” from Pixar.

Disney has also announced that Mindy Kaling has joined the cast.  In the series, Kaling will voice Val Little, an enthusiastic team member of the Monsters, Inc. Facilities Team (MIFT).  In addition to Kaling, Bonnie Hunt will return as her original role of Ms. Flint, who oversaw the training of new scarers.  In “Monsters At Work,” however, Ms. Flint will be in charge of training the funniest monsters to become Jokesters.

Mike and Sully will still be around, with Billy Crystal and John Goodman returning to voice them in “Monsters at Work.”

Tylor Tuskmon, voiced by Ben Feldman, will take the stage as the primary protagonist.  According to Entertainment Weekly, Tylor has just graduated top of his class at Monsters University and is ready to fulfill his dream of becoming a professional Scarer. Too bad scares are out and laughs are in, so Tylor is temporarily reassigned to MIFT while he figures out how to become a Jokester.

“Fritz is described as “the scatterbrained” boss of Tylor’s MIFT team.”  Fritz will be voiced by Henry Winkler.

“Cutter is ‘an officious rule follower’” and voiced by Alanna Ubach.

Lucas Neff will voice Duncan, who is “described as an ‘opportunistic’ plumber.”

Catch “Monsters At Work” when it starts streaming exclusively on Disney+ on Friday, July 2nd.