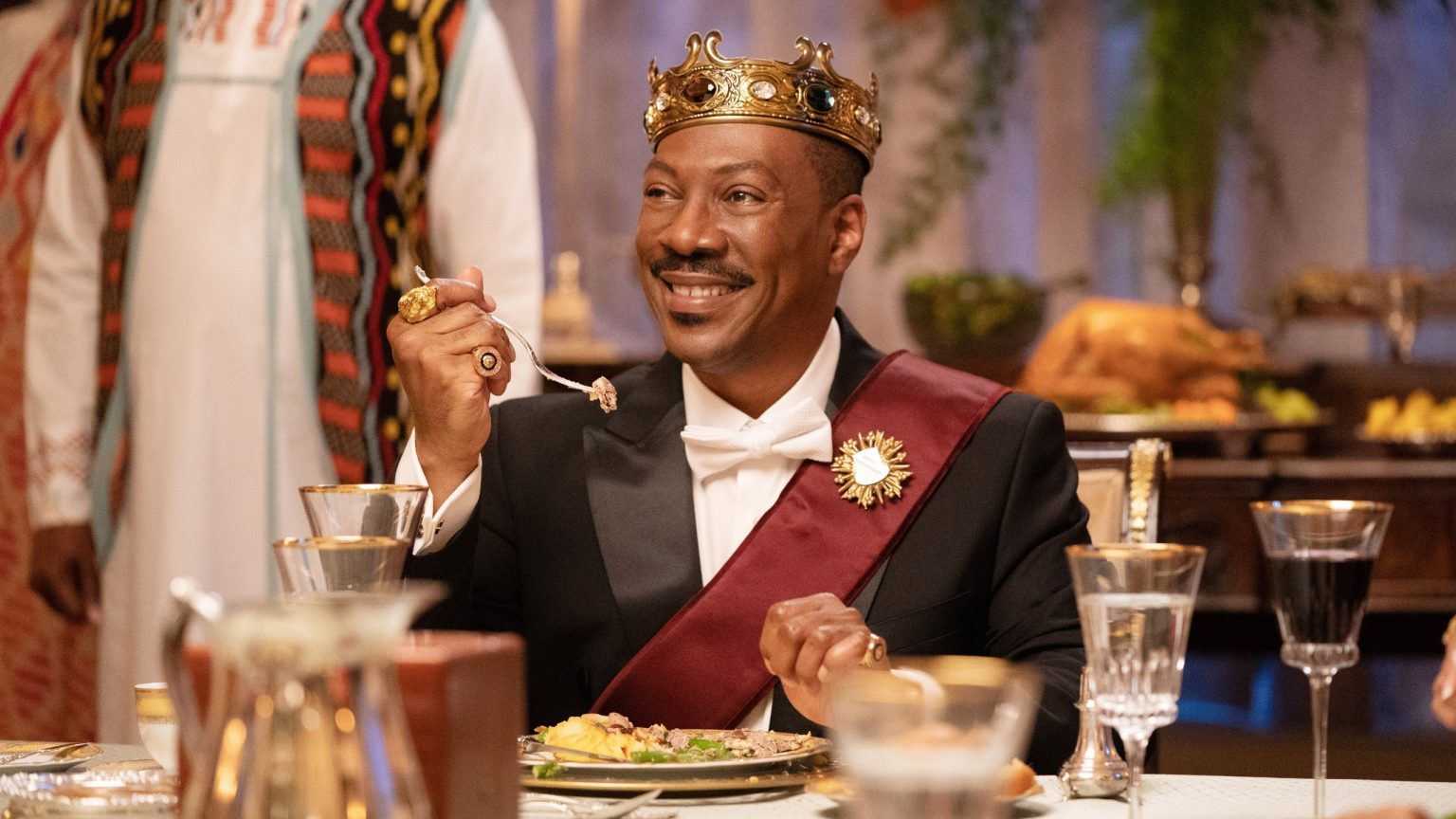 It’s no secret that Hollywood has long been in a push and pull battle of new content vs nostalgic recreation, and “Coming 2 America” is no exception. See, we say we want new, inventive stories and films, but relegate all of them to film festivals and indie movie fringes. This makes them a bad bet for studios looking for profit, which, regardless of what you think idealistically, drives the Hollywood machine.

That leaves tinsel town to rely on tried and true tricks, digging through the archives of sleeper hits and box office smashers in hopes to recapture that magic and, you guessed it, make a quick buck. While streaming services have given a lot more credence to the indie scene and driving smaller budget films to the forefront of viewing, big budget studios still seek out and crave old ideas because, plain and simply: it sells. Even when it flops, it’s still a better bet than a random film with a new idea from a director we don’t know from a writer without credits starring a cast no one has ever heard of.

All of this takes us to “Coming 2 America,” a film 30 years too late that presumably no one asked for but got the green light because we’re in a pandemic and Hollywood literally needs everything it can get at this point. We can pretend what we really want is something new, but when it all comes to a head, what sells is what’s sold before. By all accounts, “Coming 2 America” has no business existing. We didn’t as for it, its original merits aren’t nearly as relevant, its actors are (for lack of a better term) washed up and all but forgotten, and theaters aren’t even open to try to pretend it can be a box office draw. It is a sequel relegated to Amazon Prime Video for free, and somehow, against all odds, “Coming 2 America” is downright fun, funny, and surprisingly enjoyable from start to finish.

This film brings back the original cast in their top form. We return Zamunda, where King Akeem has 3 daughters but no male heir to carry on the Zamundan traditions. With pressure from General Izzi of Nextdoria (yes, the simplicity and irony of this name is not lost on me) to broker a marriage between their lands for peace, Akeem must travel back to America to find his illegitimate son and restore the traditions of his land. Finding his bastard son Lavelle is the easy part; getting him to understand and conform to Zamundan traditions is quite another. Thus, tradition and the new age collide once again, redefining duty, homage, and family.

Let’s just get this out of the way up top: “Coming 2 America” is without a doubt a retread of its predecessor. The lessons are the same, just reframed and updated to accommodate new additions to the cast and tell a familiar, age old tale of clashing generations. To be fair, there’s not really anything else we could ask of a sequel to “Coming 2 America.” While the first one culturally redefined black excellence in a time where it simply didn’t exist in film, it has long paved the way for plenty of other films after it to follow suit, most notably and recently “Black Panther.” And yet, even with the heavy burden of recapturing something not quite as revolutionary or culturally impactful, “Coming 2 America” manages to pull off the impossible and deliver a fun, serviceable sequel.

Who cares that a lot of the gags are the same? “Coming 2 America” manages to reframe them and update them in ways that seldom feel pandering or trite. Eddie Murphy and Arsenio Hall don’t skip a beat in their chemistry even after all this time, and Wesley Snipes is a scene stealer nearly every chance he gets. Seriously, why the hell are we not giving Snipes more roles like this? The guy exudes charm and charisma, even more so when he’s allow to shed the stoic lens of Blade and let loose. Seriously, give Snipes as many comedic, over the top roles as possible, because he absolutely shines here. So bright I almost didn’t want him to be a subplot and would’ve rather the entire film be about him and Akeem facing off for control over their country. He’s THAT freaking good. It’s time to shed the tax evasion stench and give this man as many fun roles as he’s willing to take up.

Additionally, new cast members like Jermaine Fowler and Leslie Jones are welcomed and fit right in to the story being told. Sure, they’re pretty run of the mill archetypes on paper, but they both do just enough to go joke for joke with the more seasoned veterans of the fictional world. Likewise, Akeem’s daughters though mainly sidelined, provide a strong backdrop of progression as this is the primary criticism of the first one. Though pushed to the fringes of subplots, the daughters come around to become integral to the overall story and resolution, demonstrating the creators are well aware of the cultural shifts, changing course without assaulting their viewers with some kind of politically correct agenda.

Look, I’ll be the first to admit that everything leading up to “Coming 2 America” did nothing for me. I was the naysayer, holding true to my guns that it couldn’t possibly be good and that it was too little too late. I went in with the lowest of expectations and came out pleasantly surprised that I was very wrong. “Coming 2 America” absolutely makes a case for its existence, and does well enough to recapture some of the enduring magic of its original while also finding inventive and clever ways to move the story forward. Was it necessary? No. But is it clear that everyone involved has a great reverence for its origins and is doing everything they can to do right by it? Absolutely.

There are certainly parts of this movie that feel too formulaic and too predictable for its own good, but overall the film achieves what it seeks out to do. That is to semi recapture the magic of a cultural masterpiece (you heard me) while also trying to update it for the culture of the time. In that regard, “Coming 2 America” absolutely succeeds, and has a lot of fun along the way. Luckily for us, the film and its actors and creators never take itself more seriously than they need to, leaving viewers with a fun return a world either forgotten or cherished.

I’ll be the first to admit that prior to watching “Coming 2 America,” I set out to write a scathing review of a film no one wanted or needed right now. I am happy to declare that I was wrong for all the right reasons. It is fun, funny, and welcomed return to a fictional world you didn’t know you wanted to return to.

To everyone involved in this sequel- if your question is should we have made this movie, my answer is and always will be “whatever you like.”