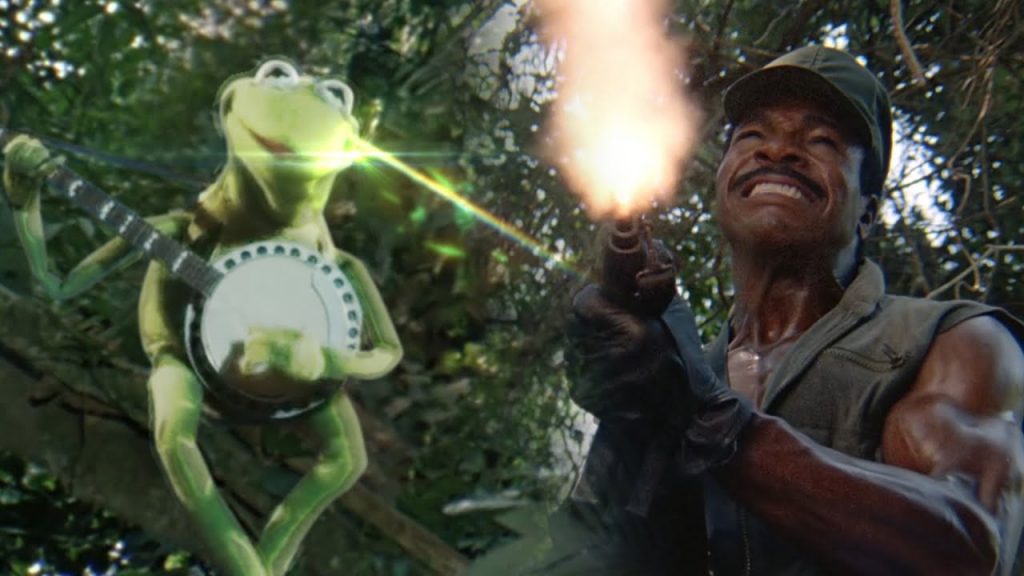 What if Kermit The Frog Was The Predator, Complete with Banjo?!

What if Jim Henson had made the movie “Predator” instead of Shane Black? It’s probably one of those thoughts that you would have while high or very tired and in the shower. I don’t know anyone who’s ever asked it but none-the-less we now have an answer.

Pixel Riot on YouTube has created a scene with Kermit the Frog as the Predator. It’s got everything including a creepy rendition of “Rainbow Connection” as sung by Kermit. Check out the video down below!

It’s pretty funny how the puppet can go from loveable and sweet to creepy and scary. The haunting voice clips really add to the drama in this scene. It’s similar to another one of our favorites “Pee Wee Park” where the dinosaurs were turned into Pee Wee Herman.

What do you think of these combination videos? Tell us what you think! And if you have you’re own funny YouTube mashup you may get a feature article. Just email us here and let us know!