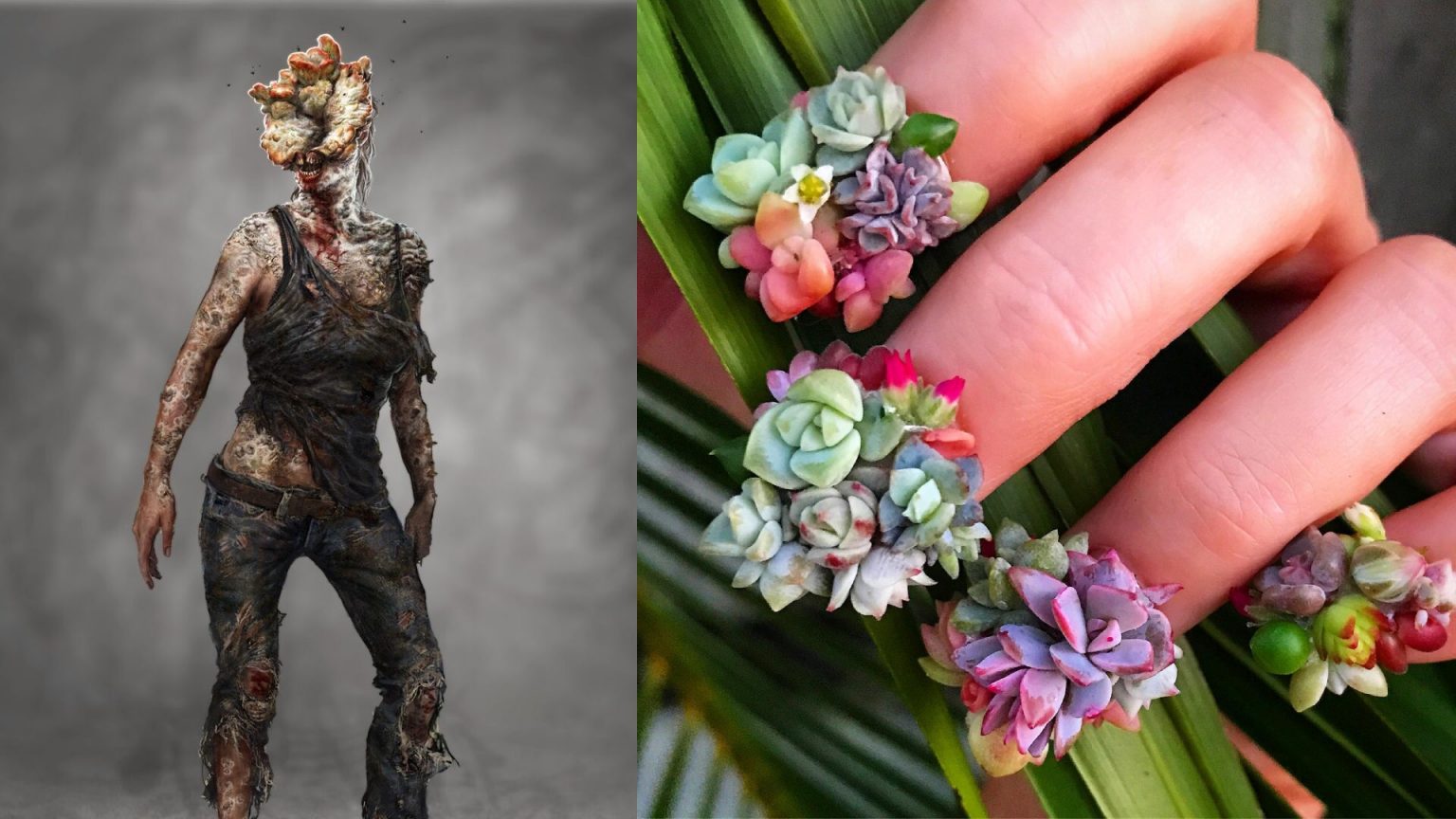 I’ve recently discovered what I like to call “clicker nails.” No they aren’t nails that are great for tapping. To the normal eye they just look like nails with succulents attached. Unfortunately I can’t get over this faint sense of Trypophobia when looking at these artistic creations.

Trypophobia is an aversion to the sight of irregular patterns or clusters of small holes or bumps. These are just strange enough to remind me clickers from “The Last of Us“. In that game people who had been exposed to a mutated strain of Ophiocordyceps Unilateralis started to mutate. The fungus attacks the brain and begins to alter the behavior of its host. The four stages of this are runner, stalker, clicker and bloater. These nails look like they would go perfect on the hands of a clicker who already has a succulent type object protruding from their head.

Australian botanical artist Roz Borg is the person responsible for these nails. While they are a bit weird they do show a sort of oddity that can be seen as beautiful too. Borg is a wedding florist who also uses succulents in other projects such as a living succulent facemask.

When she decided to create these nails she googled the concept first. Since nothing came up she realized it had never been done before. She then decided to make them herself.

Using a type of floral adhesive called Oasis she glues the baby succulents onto fake nails. Then she attaches them to her own fingernails. The whole process takes about an hour each hand according to this article by Simplemost.

If you ever wanted to cosplay as a clicker you should definitely figure out how to commission these nails. It’s sure to make your cosplay photos over the top when you take them. They will add a bit of originality to your take on the diseased abominations from “The Last of Us” franchise. They might not be eerie to regular folk but as someone who played the game (A Lot) they definitely aren’t something I’d want to see on someone’s nails.

In other news Pedro Pascal has been casted as Joel and Bella Ramsey will play Ellie on the new television series for “The Last of Us.” For more updates on “The Last of Us” series from HBO click here.