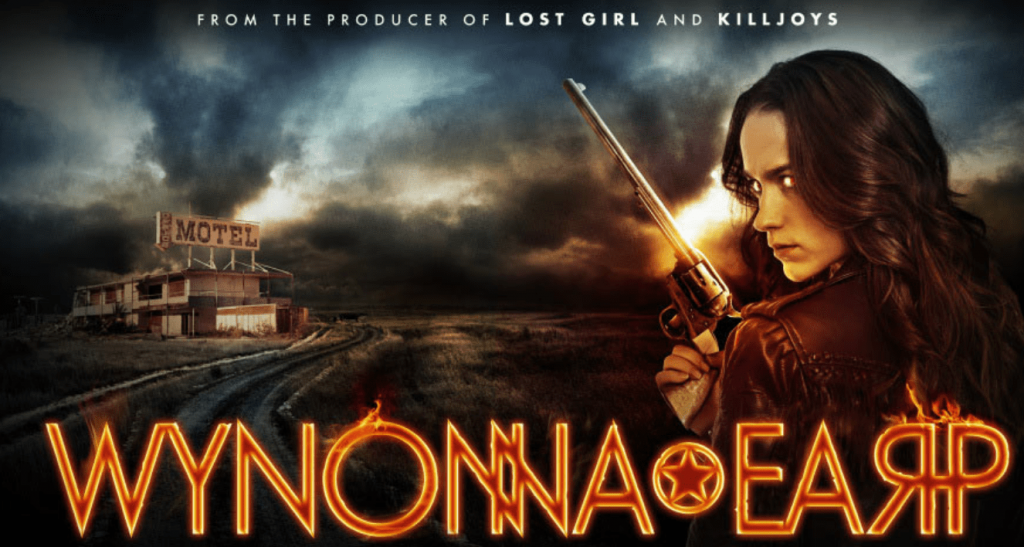 We’re sorry to report that SYFY has opted not to renew their fan-favorite series “Wynonna Earp” after the end of season 4. This has been an ongoing will they-won’t they for the last several years, as the cabler has gone back and forth about the show.

Emily Andras, creator of the series, executive producer, and showrunner announced the news:

“I’d like to thank our wonderful cast and crew, all of whom were instrumental in bringing Wynonna Earp to our loyal and passionate audience. We couldn’t be prouder of these last six episodes on Syfy, and are thrilled to share them with our beloved fans, who have changed our lives forever. I have been honored to tell Wynonna and her family’s story, and along with Seven24, Cineflix and CTV Sci-Fi, are hopeful we can continue to share their inspiring tales in the future.”

Fans have been quick to point out the wording of Andras’ statement, which sure makes it seem like a future pickup by another network or streaming service might be possible.

Considering the sheer popularity and positive buzz for the show, this would seem like a no brainer for someone like Amazon Prime Video as a sure win pickup. Kinda like how they did it for “The Expanse.”

Series star Melanie Scrofano had this to say:

Chairman of Entertainment Networks Frances Berwick said of the news:

“Every once in a while a show comes along with a powerful message that resonates beyond all expectations with its fans, and for Syfy that show has been Wynonna Earp. We are so grateful to Emily Andras and her incredible team who brilliantly brought light to real issues around identity and sexuality throughout the series four-season run. From the very beginning, this show deeply connected with our viewers – reaching new fans every season, filling up Comic-Con theaters, securing write-in award nominations and even landing multiple fan-funded Times Square billboards. To our ‘Earpers,’ we are so proud to have shared such an incredible narrative with all of you. Thank you for your passion and thank you for taking this journey with us.”

The final six episodes of “Wynonna Earp” season 4 will begin airing on March 5th at 10 pm ET/PT, and continue each week til the series finale on April 9th at 10 pm ET/PT on SYFY.