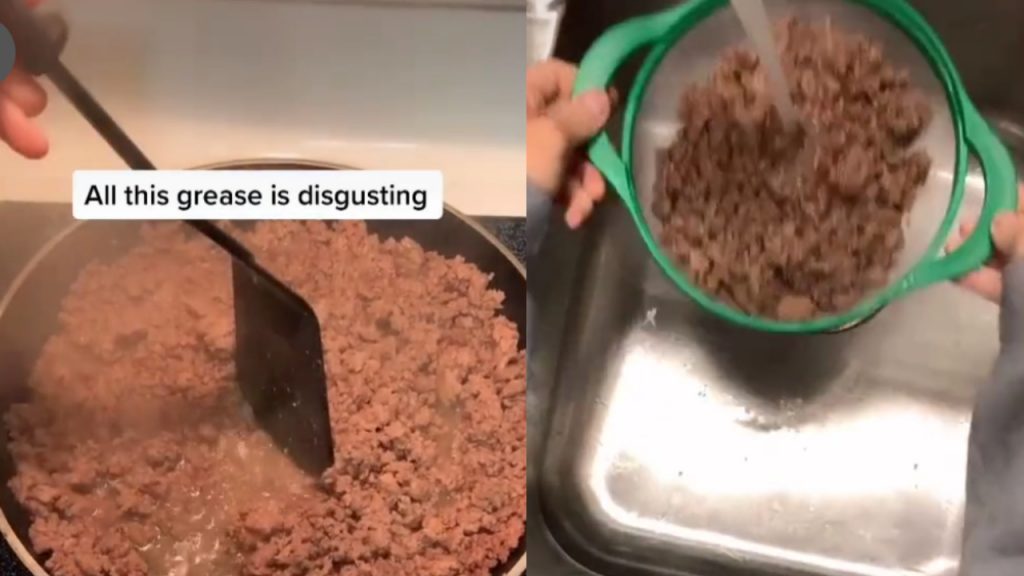 Internet Debate: Should You Wash Ground Beef After You Cook It?

So there is now a huge kerfuffle after a woman posted a video about how she cooks ground beef. TikTok user Emily Harper wanted to demonstrate what she learned in Nutrition and when all was said and done, she rinsed the ground beef. That’s after it was already seasoned and cooked! To top it off she also poured the oil down the drain which sparked massive outrage and if you can believe it, death threats.

Now this wouldn’t generally be news if it wasn’t so off the wall. I don’t think I’ve ever heard of any situation where you would wash off fully cooked ground beef. It’s right up there with that video of the woman rinsing the rice after it was already cooked. It was crazy and Uncle Roger even had an epic response.

There are a few reasons that I can think of why we don’t wash the cooked ground beef when were done with it. For one the fat and oil holds a lot of flavor and nutrients. And two what about all that seasoning that you just put on while cooking it? Generally you only ever drain the oil and then put the meat back into the skillet.

To be fair if you’ve ever made ground beef which most people have, there is very little grease created by cooking the meat. And the meat did look cleaner when she was finished and put it back in the pan.

The oil down the drain became a big thing and people were mad in the comments. Emily Harper had to disable comments because of the outrage that she had sparked. She posted a video later that said to basically “relax” because she hardly ever did that.

If you’re wondering what the right way to dispose of oil is generally you pour it into a plastic baggy or can and then throw it out so it doesn’t clog the drain. It is liquid when warm but it can pile on the pipes very quickly and cause issues not just for you but also for your community.