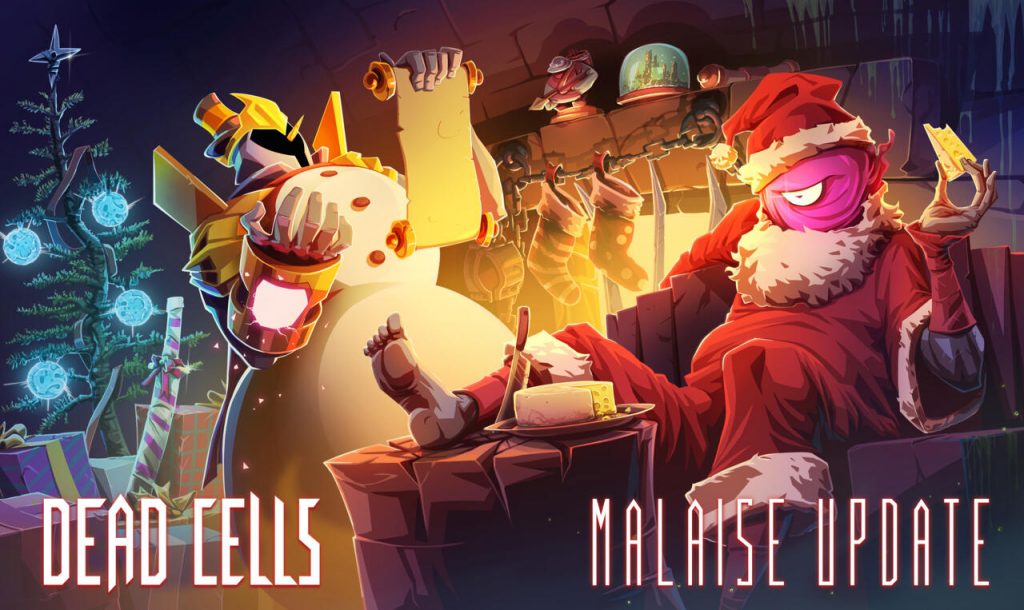 The holidays are here and Motion Twin is bringing players some serious cheer! All that cheer is coming in the form of a new, free update for “Dead Cells.” This update offers a new mob, weapon, Christmas costumes, and even some cheese.

By far, the katana has been the most-requested weapon by the community. It allows players to combine a standard slash with a dashing charge attack. The game’s newest mob, the Demolisher, also comes from community suggestion. It is a crossbow-wielding menace that also happens to be highly explosive. According to Motion Twin, the Demolisher can mainly be found in the Distillery at BC0 and later as an alternative to the Knife Thrower.

Players can also get into the holiday spirit with two Christmas outfits for their character. There’s the classic red and white Santa suit and a Frosty the Snowman costume. Of course, the holidays also mean gorging yourself on tons of delicious food! Thanks to a new in-game cosmetic change, players can turn all of their food items into Camembert cheese. Honestly, it has to be slightly better than gorging ourselves on all those Christmas cookies.

Since the update is called the “Malaise Update,” it only makes sense that changes are made to that system. In fact, the update makes that mechanic far less punishing for players. Players will no longer see their malaise increase when they are hit by enemies. Additionally, every enemy you kill will decrease your malaise. You can even get a “malaise cleared” event that entirely stops the bar from filling until the end of the biome.

There’s also five new mutations, a lore room for the Hand of the King, and a ton of other minor fixes. You can find the full patch notes over on the game’s website.