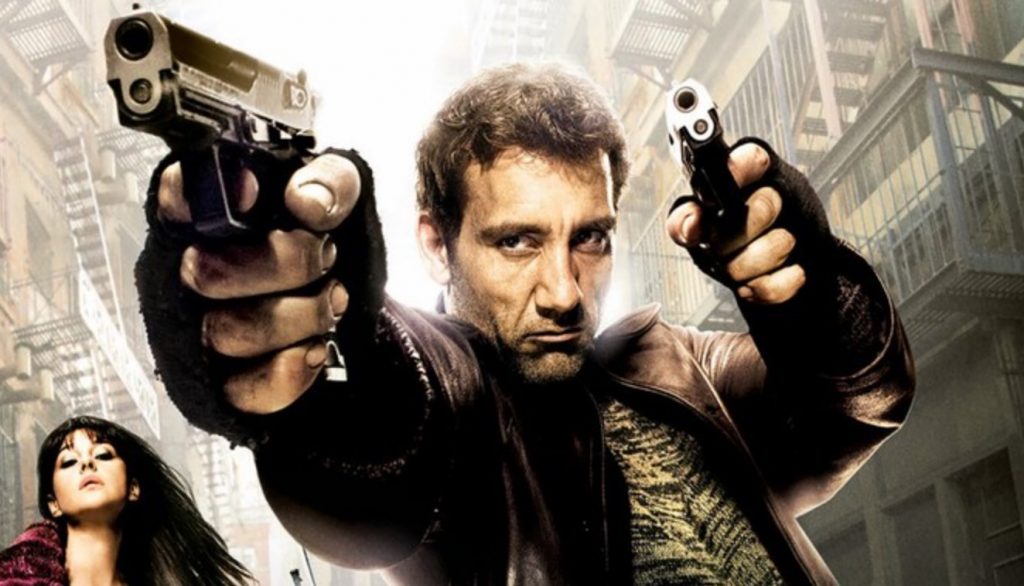 Clive Owen is a multi-dimensional English actor whose lead role in the 1990-1991 ITV series Chancer brought him to the limelight. His art-house success of “Croupier” (2000) gave him an international breakthrough after a decade of his continuous appearance on British television. From simple to complex roles, he continues to nail them. He initially thought less of acting. However, the moment he discovered acting as the path to take, he got committed to it.

Despite his stellar performance and being a celebrity, he keeps a low profile. His highest-grossing movies that continue to receive accolades from his ever-growing fan base include the following.

His Jack Manfred role in Croupier launched his career in Hollywood. It is an enthralling movie that is full of smart moves without getting top attention. As an aspiring writer, he is hired as a croupier in a casino, a position that would later take over his life. As his relationship with Mario deteriorates because of his new role, he starts seeing a gambler, Jani, outside of working hours, thus breaking the casino policy that forbids employees from fraternizing with gamblers.

Jani, in a bid to win some money to settle her creditors, approaches Jack for collaboration in planning a heist at the casino. Jack gets embroiled in the request. He often assumes a look where you would feel he is hiding something even when it appears that he is telling you everything. He is a smart punter even though he doesn’t like the job initially. He narrates his life as the story unfolds. To have a better idea of the features exhibited by the kind of casino shown in the movie, you can check out some top casino sites recommended by Online Betting Guide.

Inside Man is an American crime movie where Clive plays the role of Dalton Russell, an ingenious bank robber. Though soft-spoken, he organized a well-composed money heist at the Manhattan Bank at the corner of Wall Street and Broadway, holding dozens of hostages. A detective is employed to negotiate with the orchestrator of the heist. Madeleine White, a Manhattan power broker also becomes involved at the bank’s founder’s request. The latter would later request White to keep an item in his safe deposit box to protect it from the robbers.

Though straightforward, the plot is intense with each scene capable of making you get to the edge of your seat in anticipation of the next action. The movie is a clear battle of intelligence, especially as it involves Denzel Washington and Clive Owen who feature Detective Keith Frazier and Dalton Russell, respectively.

The movie tells the tale of a city that is infested with criminals, crooked cops, and sexy dames that seek revenge. It especially revolves around four people that had their paths crossed in their quest to solve their problems as well as put an end to violent corruption that pervaded the Basin City in Washington. Detective John Hartigan, an honest cop, in a bid to rescue Nancy Callahan, an eleven-year-old girl from Roark Junior, a well-connected deformed pedophile, defies all odds and breaks every rule. In another part of the city, an ex-convict was framed for a criminal act, and he aggressively seeks revenge.

Dwight McCarthy (Clive) spends his nights protecting some city girls from Jackie Boy, a dirty cop with a penchant for violence. He is used as a good guy in the balance of power between the corrupt police and the leader of the city’s hookers.

Children of Men tells the tale of a future chaotic world where women are infertile for two decades. The result can only be imagined than experienced. The movie takes place in 2027. A jaded bureaucrat, Theo Faron, played by Clive Owen, finds Kee, the first woman to become pregnant in almost 20 years. He is asked by his ex-wife to lead the young immigrant woman to safety and he would not allow anything prevent him from protecting her.

You can also imagine what would come of a woman who becomes pregnant in a world where many are without children for decades. Though Clive played an anti-hero character, the story is gripping, provoking, and remains as relevant as ever. By the end of the movie, Theo found something that is worth fighting for. The movie was nominated for Oscar Award three times.

Shoot ’Em Up is a dark comedy/action thriller. Clive Owen plays Mr. Smith, a drifter who is an incredibly skilled shooter. He protects an endangered woman, Monica Bellucci, and her infant child from Paul Giamatti, a ruthless hitman. It is surprising to discover that he helped the pregnant woman with the baby’s delivery. He gets curious about the reason behind the gunman’s attack on the woman.

Smith seeks to keep the baby safe with the support of a lactating hooker. However, the act takes a negative turn as the makeshift family gets on the run soon. The child’s safety revolves around a laboratory, gun factory, and presidential campaign. Despite his insane disposition, Mr. Smith plays an intense and serious role. He strikes a perfect chord between an action star and a comedic actor.

Clive Owen plays The Professor. He is riddled with bullets while racing from assassins and is picked up by a fishing boat. He also suffers from amnesia. He thus begins the journey to learn his identity without being aware that the road ahead him is full of danger. Despite the fact that he seems to be recovering, he is still being tracked down.

As an operative whose specialty is sniping, he had also eliminated a number of targets, including an African dictator, Nykwanna Wombosi. The Professor has a series of encounters with Jason Bourne. This includes gunshot exchange sessions. Despite the rising urge to kill each other, their humanity aspect is demonstrated throughout the battle. The Professor eventually dies from blood loss. He had identified a pill that can enhance users’ senses and aerobic performance. The pill makes an assassin more efficient in eliminating their target.

The story keeps you entertained, from the beginning to the end.