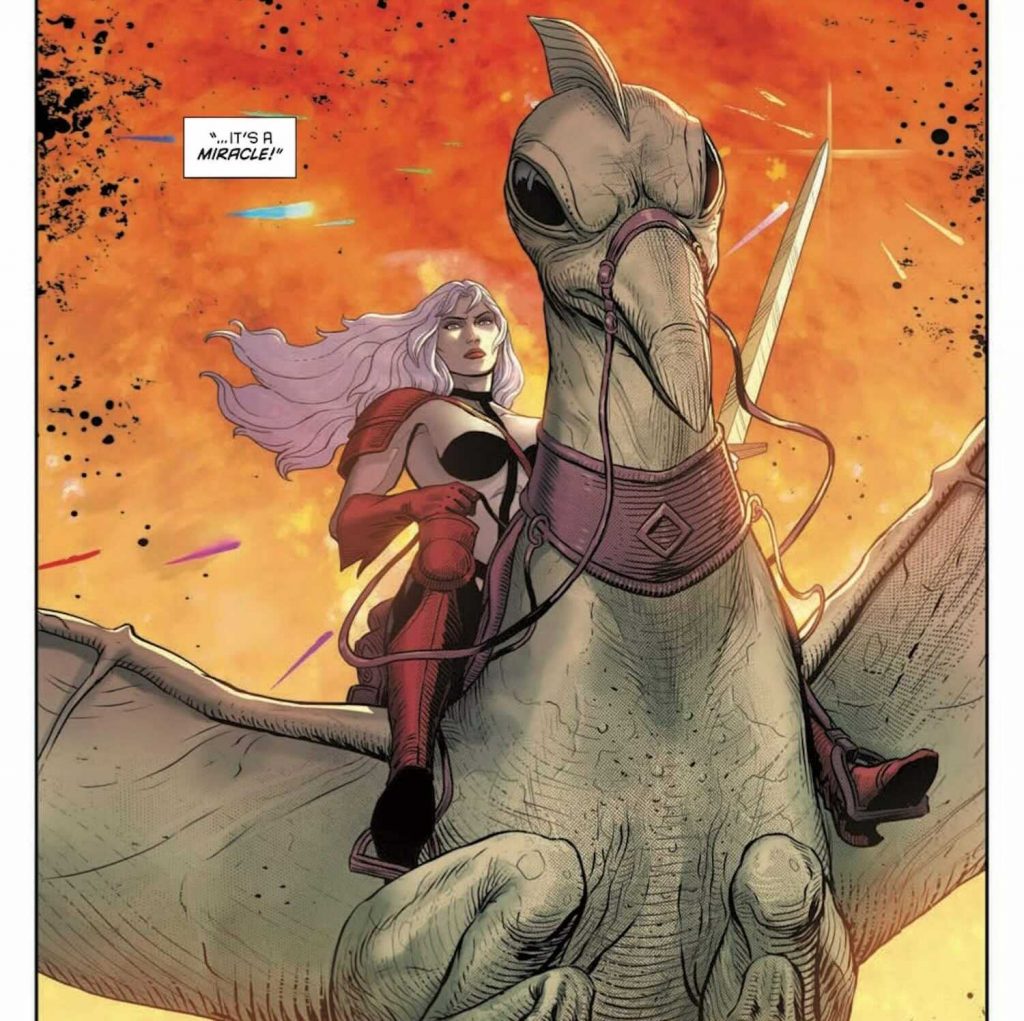 Comic books and graphic novels are more than just ‘cartoons,’ or ‘stuff for kids.’ The enduring art form is something akin to fireside storytelling- passing along the mythos of heroes and trials from across cultures and time. Sure, they can be mindless fun too, but, sometimes a comic comes along at the right time and really speaks to you.

It helps that this particular comic from Heavy Metal happens to be about a personal favorite character of mine- Taarna the Taarakian.

You’d probably remember her best as the white-haired gold sword-wielding hero from the animated feature film “Heavy Metal” (and, you know- those amazing Chris Achilléos posters). The last of her kind savior of worlds is back, in new her own title, which just released. And yes, she’s still riding Granger.

Heavy Metal is planning to use Taarna as a flagship book, launching a new interconnected comics universe with the Taarakian at the center of it. Which for me as a fan, and a female comics reader, is pretty awesome.

I was lucky enough to get a review copy of the first book in the series, and I have to say- I really needed it this month.

From the death of the last Taarakian and a collapsed universe, Taarna was born. Heavy Metal’s flagship character from the animated film returns in a new series of cosmic mystery and battles throughout the multiverse in her war against Kako, the embodiment of chaos. This is the story of a millenia-old battle between godlike beings, with all sentient life caught in their path. A new life for Taarna begins from writer Stephanie Phillips (DC Comics’ Harley Quinn), artist Patrick Zircher (Savage Avengers), with covers by Christian Ward (Invisible Kingdom).

Taarna is a special kind of hero to me. Different than your usual run of the mill comics character, with her own level of strength and weaknesses. Her abilities are not measured against anyone else (that we know of, since she’s the last of her kind and all).

The narative style of #1 for me was perfect for this story, and easing new readers into the style. We’re used to this otherwordly voice telling us things about this universe (like the Loknar), so it felt natural. Also if you don’t want nudity in your comics, this is probably not the book for you. Fair warning.

My only real complaint is….Taarna speaks. She’s never spoken previously (in the film or in her earlier comic appearances), but, it is kind of difficult to have an ongoing title with your central character not uttering a word to anyone ever.

The fact that her lines to the civilization she saves in #1 are clipped and strained makes sense, and her interaction with the temple guardian gives us more insight into how things work for the galactic savior.

The art style is solid, the colors vibrant and the script strong. I know she can’t be lopping heads off in every issue, but I’m looking forward to more combat.

You can pick up your own copy of Taarna #1 on Heavy Metal’s website here. They’re currently doing a pretty good discount if you need to pick up some comics-related goodies for the fan in your life.

[Bonus- Entertainment Earth has a freaking GORGEOUS Taarna statue that we’ve been pining for.] 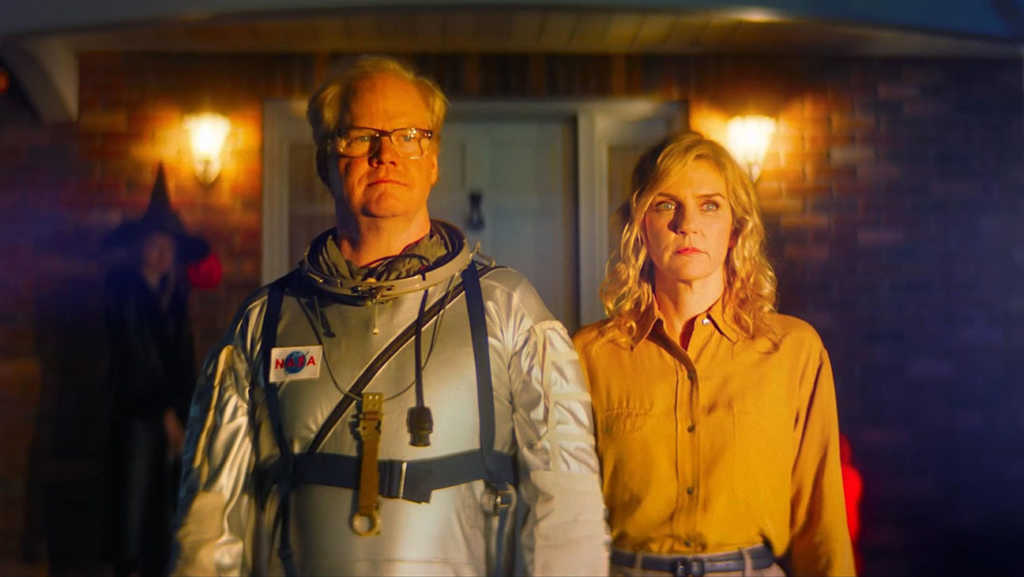