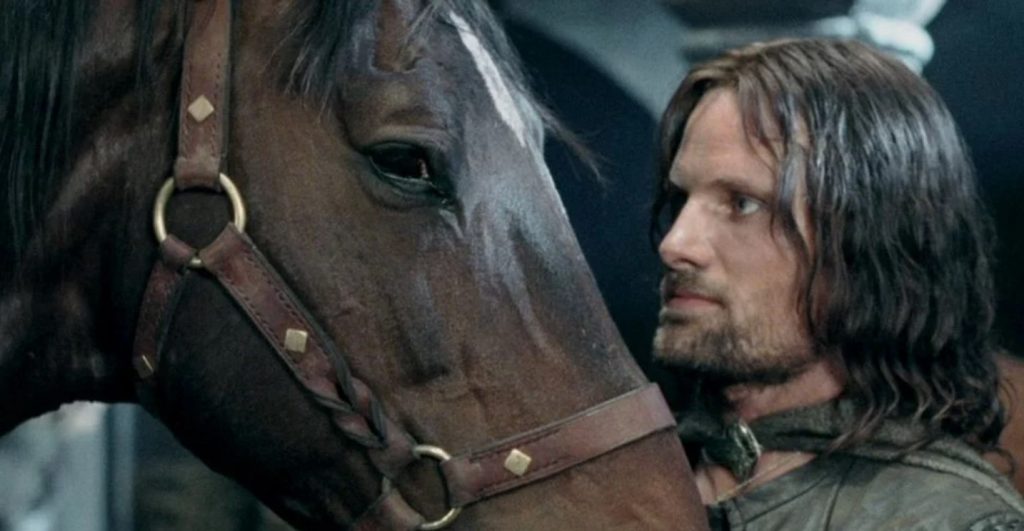 When “The Lord of the Rings” was finished filming in New Zealand, Viggo Mortensen did an amazing thing. When the production finished, several of the screen-rode horses went up for auction, and Mortensen bought three of them. A chestnut, a bay (who played Aragorn’s horse Brego), and the white horse who played Arwen’s Asfaloth (which Liv Tyler rode when being chased by the black riders).

We are very sad to share the news that two of the three have passed away.

Mortensen says that the only horse alive now is the one he purchased for a stuntwoman who he became friends with. He revealed all of this when speaking to NME.

“I knew how much she liked that horse, so I bought it for her. That one is still around, but the other two have passed away. They were of a certain age already when we were shooting, and that’s 20 years ago now.

There were actually three horses that I bought, they were up for sale once the movies were done.

There were the two I’d ridden – a chestnut and then the big bay that Aragorn rides – but I also bought the white horse that Arwen rides in The Fellowship of the Ring when she’s being chased through the forest by the Black Riders.”

Uraeus and Kenny (the horses) lived in the care of a vet in New Zealand where Mortensen would visit from time to time. Though the news of these animals passing is sad, they will be forever remembered in cinema.

Relive their wonderful appearances in the films by picking up your copy of the INCREDIBLE 4K restorations of both “The Lord of the Rings” and “The Hobbit” trilogies here.