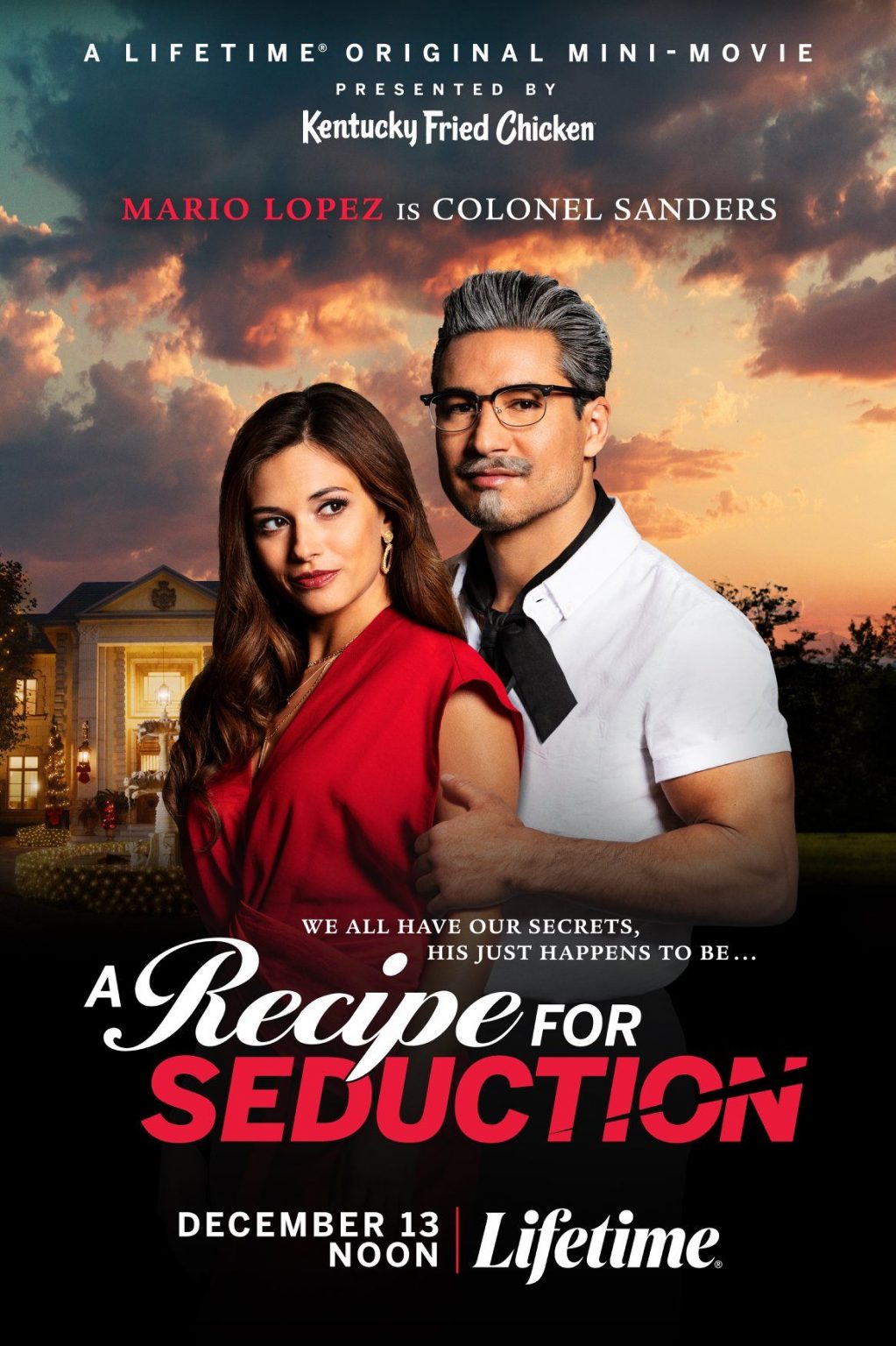 For what ever reason, Lifetime has teamed up with KFC (yes, Kentucky Fried Chicken KFC) to produce a short romance film starring Mario Lopez as Colonel Sanders.

Described as “full of mystery, suspense, deception, ‘fowl’ play and at the heart of it all, love and fried chicken,” “A Recipe for Seduction” is a 15-minute short film starring Lopez as Colonel Harland Sanders, the founder of the restaurant chain.

A young heiress whose mother has handpicked a suitor for her, gets involved in a steamy love affair with the Colonel. “But when a handsome, young chef with a secret fried chicken recipe and a dream arrives, he sets in motion a series of events that unravel the mother’s devious plans,” according to the short film’s official press release.

“A Recipe for Seduction” will hit Lifetime on Sunday, December 13th 2020 at noon (check local listings for time). It will be available via streaming on Lifetime’s website, as well as the Lifetime apps and video-on-demand platforms.