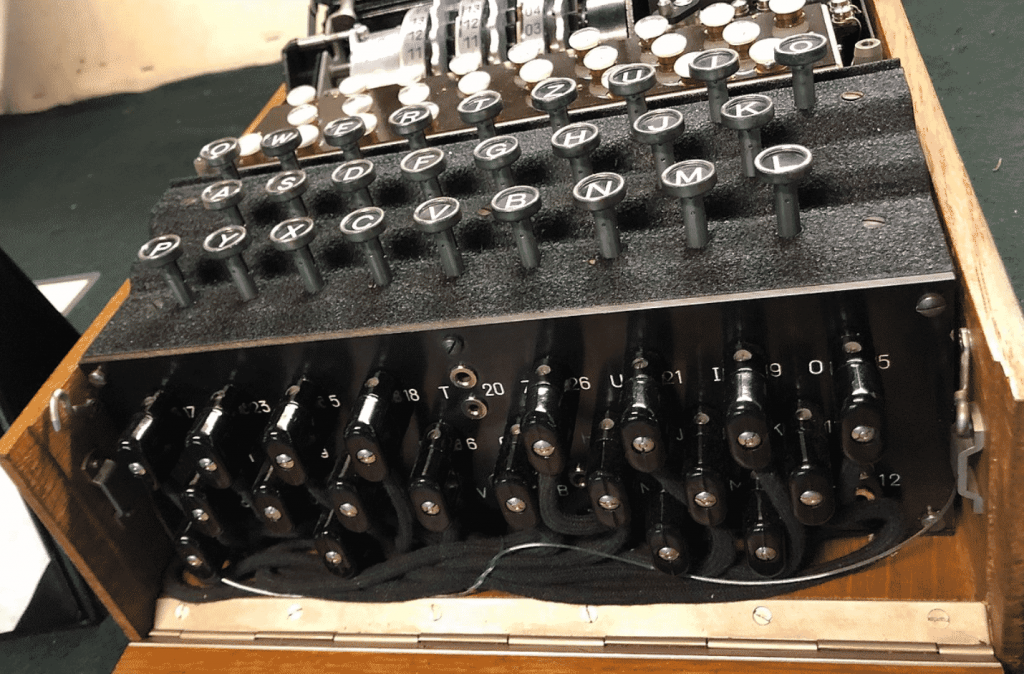 While diving in the Baltic Sea, a couple of divers discovered a lost enigma machine from WW2. The divers had been working for the WWF (World Wildlife Foundation), and were cleaning up old nets that endangered marine life in the area. The enigma machine was wrapped inside one of the abandoned nets.

Underwater archaeologist Florian Huber identified the object as being from WW2. “I’ve made many exciting and strange discoveries in the past 20 years. But I never dreamt that we would one day find one of the legendary Enigma machines,” he said.

During WW2, Alan Turing broke the complicated code used by the enigma to transmit indecipherable messages, which was a major turning point in the war. If it had not been for that, then it may have gone in a completely different direction for the Allies. It was because of Turing and his team that the order to scuttle (deliberately sink) ships and destroy all the enigma machines was put out. Breaking the code is thought to have saved thousands of lives and was the reason that the British won the battle over the Atlantic.

The Germans sank over 200 submarines and ships in the North and Baltic Seas at the end of the war in 1945. Many of these devices landed at the bottom of the ocean never to be seen again. But in this case one was found, badly damaged but still in good enough shape to tell what it is.

Dr. Jann Witt, a historian from the German Naval Association, says however that this probably wasn’t scuttled from a submarine. They tended to use the more complex four-rotor Enigma machines. Instead it is thought that this came from being thrown overboard from a German warship.

These enigma machines are quite rare with only a few hundred known to exist now. They go for tens of thousands of dollars and are highly sought after by WW2 memorabilia collectors.

This machine in particular will be donated to the archaeology museum in Schleswig.

Now will start the process of desalination which will take about a year.

You can see images of the discovered machine here.