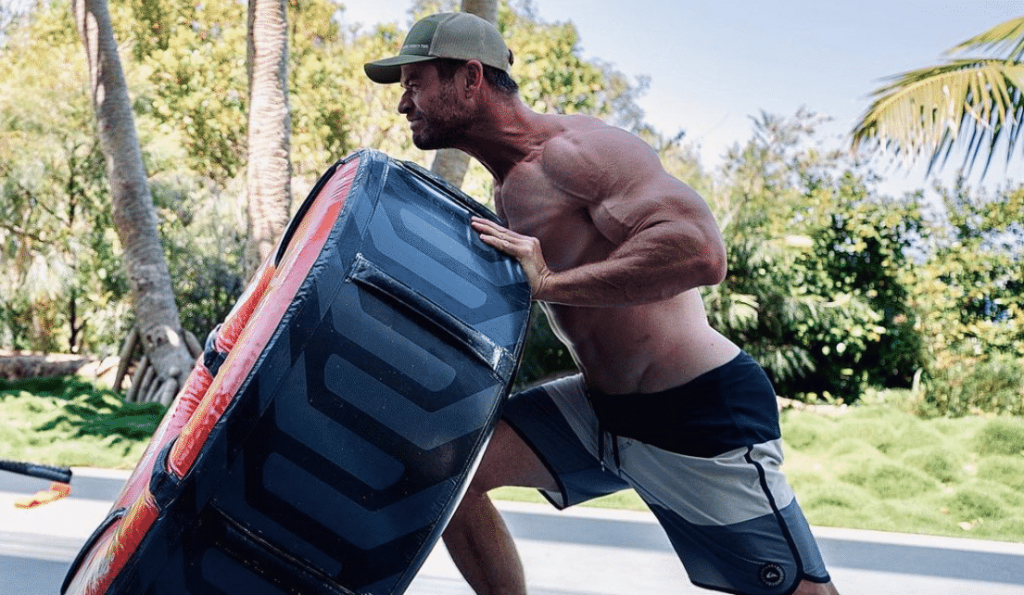 Chris Hemsworth has been cast to play Hulk Hogan in an upcoming biopic about the wrestler. We know he was already pretty fit but oh boy, check him out now. He posted a picture on Instagram showing off his new body and he’s beefed up quite a bit for the role.

Hemsworth also started a new fitness program this year called Centr. At the start he was offering a free six week trial so that you could work out with him. The program offers advice, recipes, sleep meditations and workouts. Everything you need to achieve your personal fitness goal. And if your goal is to look like Hulk Hogan, you can see in the picture he posted that it works.

The film is being headed by Todd Phillips who also directed “Joker.” The script is being co-written by Scott Silver (“Joker“), and John Pollono (“Stronger“).

Hogan tweeted his support of Hemsworth:

It will cover Hogan’s early years and his rise to fame in the wrestling world, and supposedly not touching on the more controversial stories that surrounded him years later. Born Terry Gene Bollea, Hogan started his wrestling career in the late 1970’s. Hogan started out in the Florida Circuits and moved his way up to super stardom, invading everyone’s Television sets by the 1980s. He wrestled some of the greatest contenders of all time including Andre the Giant.