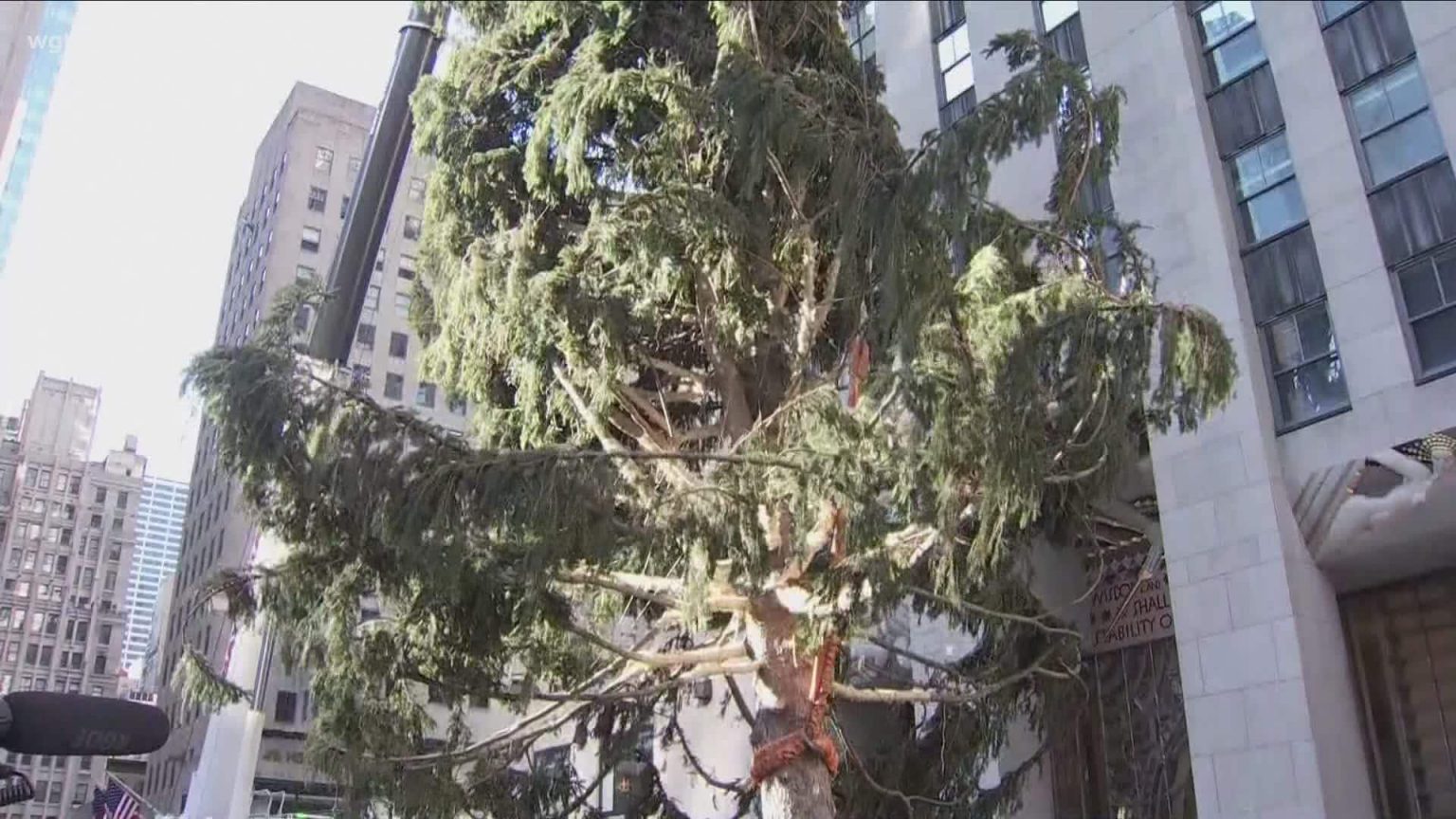 If 2020 was a Christmas Tree, it would be the new Rockefeller Center one. A longstanding tradition in NYC since 1931 and meant as a display of optimism during the great depression, the new tree was unveiled on Saturday and it unfortunately did not spark joy. The 75 foot tree had bare and sagging bottom limbs, giant holes all around the base, and leaned to one side as if the trunk couldn’t support the rest of it.

As if the writers felt their metaphor for 2020 didn’t quite hit home, a saw-whet owl was found perched in the tree on Monday. Of course, this discovery (along with the lackluster first look) set Twitter ablaze with tweets about both the tree and the owl. The owl was taken to safety by the Ravensbeard Wildlife Center with plans to return him back into the wild soon. So, no owls were harmed in the unveiling of the Christmas Tree.

The tweets, were savage to say the least. “So, the folks at Rockefeller Center stole an owl’s tree, then evicted him” one person tweeted. In regards to the Christmas Tree, Twitter had some thoughts.

Liam Stacked of the New York Times tweeted, “The 2020 Rockefeller Center Christmas Tree looks like one of those really old tree people in ‘Lord of the Rings’ that just wanders off into the forest to die.” And the haters didn’t stop there:

The tweets are endless, and I would encourage you to take a trip down the rabbit hole there for some really great gems. While the tree at first glance is reminiscent of Charlie Brown’s Christmas tree, they were able to turn it into something magical. Perhaps 2020 has left us without hope, expecting the worst at all times. But we should take solace in the fact that an unveiling is not indicative of what the giant Rockefeller Center Christmas Tree will eventually be.

The Rockefeller Center sure seems confident, and had no problem quipping back at the naysayers on Twitter saying, “Wow, you all must look great after right after a two-day drive, huh? Just wait until I get my lights on! See you on December 2!” Here’s hoping the Center’s “cheer up, Charlie Brown” message ends up being true, because if there’s one thing we could all use in 2020, it’s a little holiday joy and all of the lights courtesy of Rockefeller’s Christmas Tree tradition.