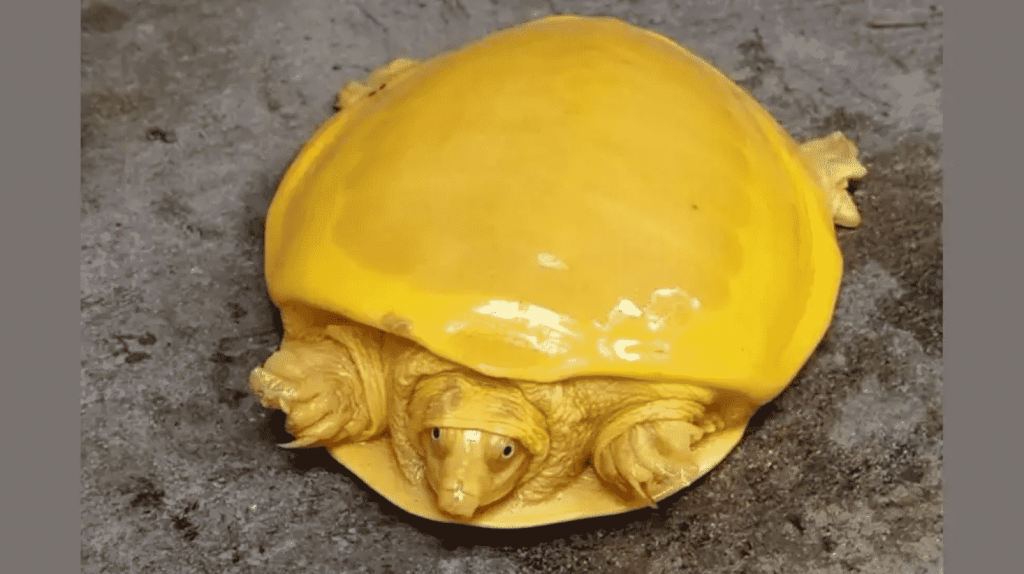 Not a Cheeseburger: Rare Yellow Turtle Found in West Bengal

A turtle that looks like an adorable omelet was recently rescued. On Tuesday, October 27th residents spotted the rare yellow turtle near the Burdwan village pond in West Bengal.

This is the second rare yellow turtle they’ve found this year. The first was found in July 2020 in Balasore District, Odisha. Indian Forest Service officer Debashish Sharma posted images of the turtle online and netizens were happy to see the little guy.

The color is due to a deficiency of pigment called tyrosine. The pigment is present in many different reptiles including crocodiles. Scientists say that when a deficiency like this occurs it is due to a genetic mutation or a congenital disorder.

The turtle that was rescued was identified as a “yellow morph” of an albino Indian flapshell turtle. The turtle is rare because it’s not just specific parts of the turtle with this mutation but the entire thing. Making it a bright yellow all over.

These turtles are usually found in South Asian countries like Pakistan, Sri Lanka, India, Nepal, Bangladesh and Myanmar. They have a soft shell and live mostly in freshwater. Their food sources are typically frogs, snails and vegetation making them omnivores.