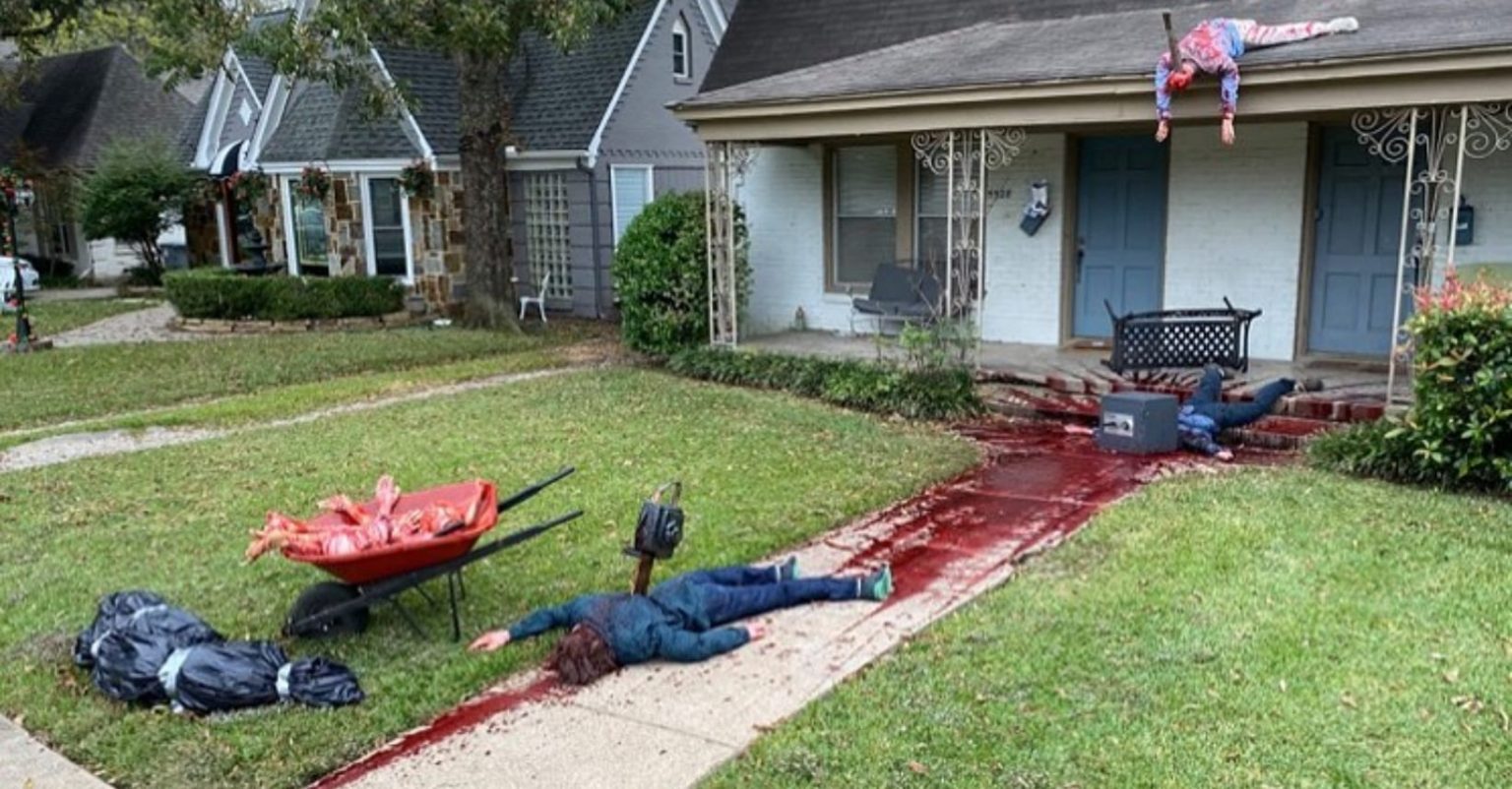 A local artist in the Dallas area decided to go all out this Halloween. His home was so scary and realistically done that he’s had more than a few police calls about it. You can see from the pictures that it has everything from the tub of liquid that dissolves skin to dismembered zombie corpses in a bag. My favorite part? The crushed head that was squashed by a safe.

The home was featured in the Dallas Observer where the artist stated:

“I’ve always been up to hijinks like flying ghosts or 7-foot tall snow sculptures of myself, so if I was gonna do Halloween, it was obvious that it should be hyperreal. No lights, fog machine, or camp … something that would really freak people out walking by in the dark. So I whipped up some dummies and slung 20 gallons of blood all over.

I’m most proud of the wheelbarrow tipped over by the street full of Hefty bags, looking like a failed attempt to dispose of the dismembered bodies in the middle of the night. A kid walked by and asked me what happened to them; I said they ate too many Skittles.“

This house definitely gets an A+ in my book. Especially because it would actually scare me if I was out walking and happened upon all that fake blood. Can you imagine being a neighbor that just has to get used to it? And passerby who take that street as a shortcut would definitely be more than a little shocked.

Neighbors told Novak that his house had quite a few police cars parked in front of it during the day while he was gone. He has spoken with the officers and they’ve told him that the reason they’ve to show up is because they have to respond to complaints. But they’re actually fans of the yard.

Novak also stated that his plans were way worse on paper, so next year we should be in for an even bigger treat.