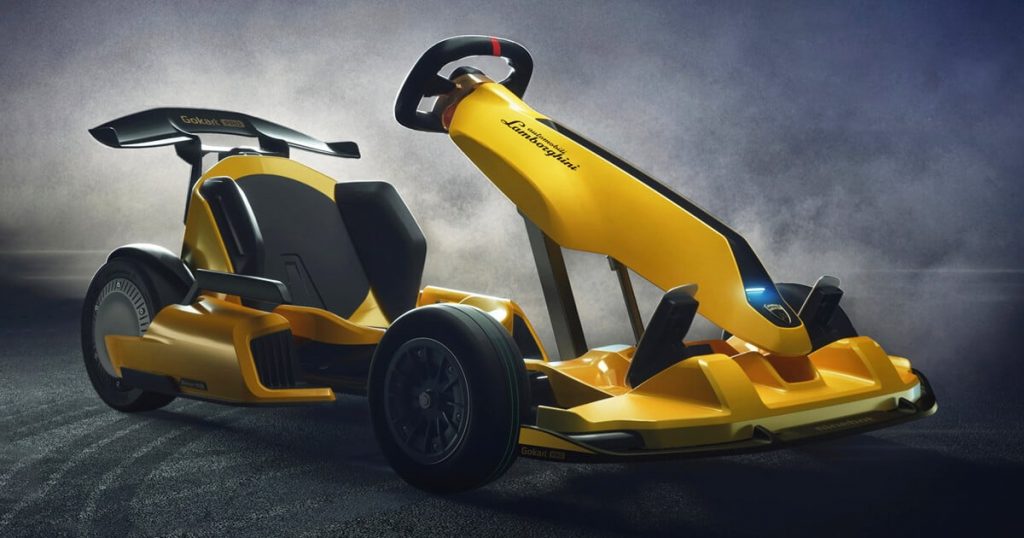 Who hasn’t fantasized about owning a Lamborghini? It’s going to be easier than ever because their newest [toy] vehicle only costs $1,500.

It can reach speeds up to 25mph (40 km/h) and it has some seriously cool gear inside. It is propelled by a self balancing Xiaomi scooter and it’s rear tires are high traction rubber tires for safe turns. It features true Ackermann steering which means each wheel can pivot on it’s own to allow for sharp turns.

In addition, as a bonus, there is a program in the go-kart, which will ensure the release of loud noises, which will make not only the driver but also the surroundings reveal that there are beasts ‘under the hood’, in the form of a Lamborghini engine.

There’s a lot more to this thing which you can read about here. I’m not really a car or tech person but this is really neat. What I appreciate most about it is the fact that you can adjust the speed limits from a smartphone app. Which will allow parents to control their kids driving speed if they think it’s too dangerous.

The weight limit is about 220 lbs which is actually the same weight limit as the Pokémon Air toy that just came out. Decisions decisions…