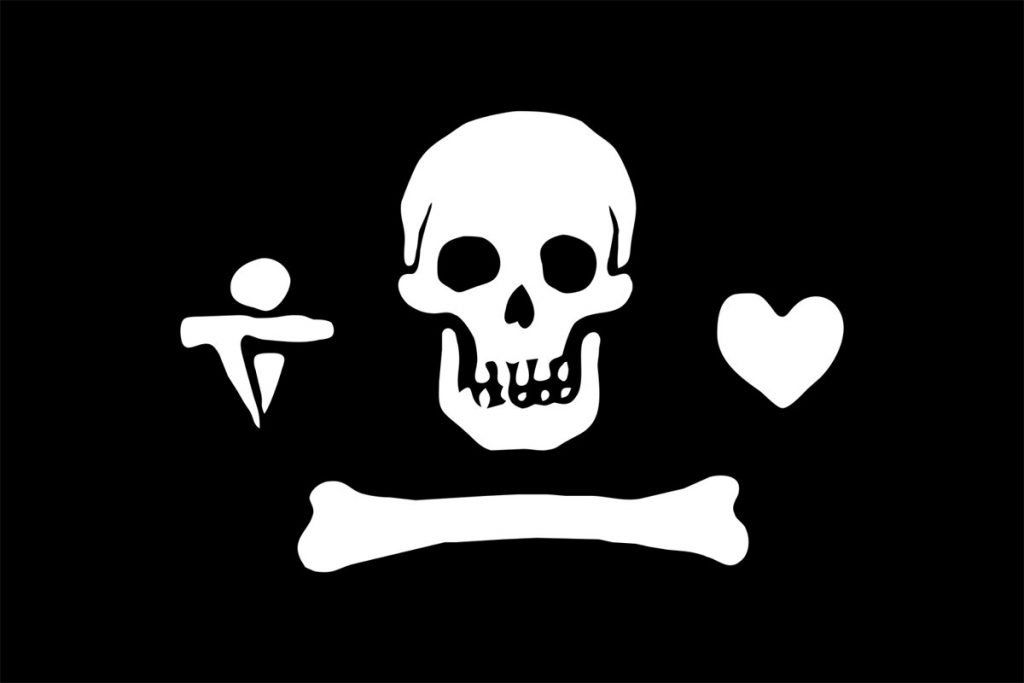 Just reading that sentence makes up happy, because imagine a period piratical series “Our Flag Means Death,” on HBO Max, written and directed by Taika Waititi. Because we’re getting one!

“Our Flag Means Death” comes from Waititi, David Jenkins (“People of Earth“), and Garrett Basch (“The Night Of,” “What We Do in the Shadows”). Jenkins will serve as showrunner for the series, and Waititi will executive produce, as well as directing the first two episodes.

“Our Flag Means Death” is reportedly loosely based on the real life pirate personality of The Gentleman Pirate Stede Bonnet, a pampered aristocrat who abandoned his life of privilege to become a pirate in the early 18th century, who commanded the Revenge (flag shown above). Of course THIS Bonnet is not to be confused with Steven Bonnet in “Outlander.” But, if you ever played Assassin’s Creed: Black Flag, chances are you remember encountering Bonnet on several missions.

Sarah Aubrey, head of original content at HBO Max said about the news:

“A series concept like this jumps off the page, and you can instantly envision every moment. David and Taika’s unique take on Bonnet’s rollicking misadventures on the high seas are sure to thrill and delight audiences everywhere.“

The information available says that filming (at least for Waititi) will begin after he completes “Thor: Love and Thunder” for Marvel Studios.

We’ll let you know what we hear about this and other projects. In the meantime, let’s go watch STARZ series “Black Sails” again!