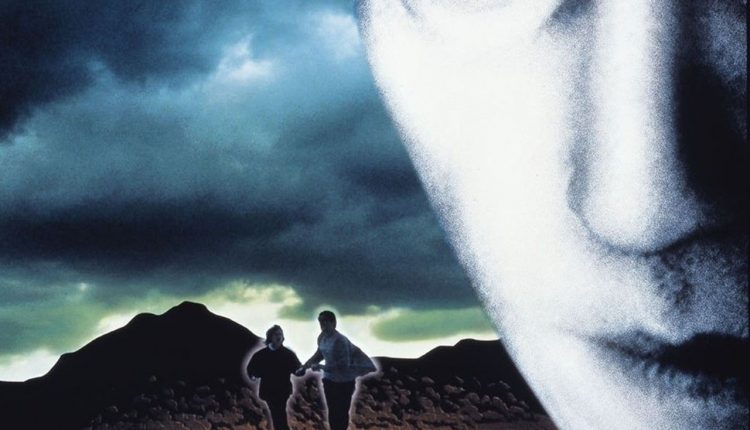 It’s hard to say exactly why, but “The Prophecy” has long been one of my favorite supernatural suspense thrillers. The film isn’t exactly groundbreaking, and no one would fault you for walking away from it more confused than when you came in. Furthermore, there is no justifiable reason for “The Prophecy” to have spawned four sequels. However, with an all star cast and some stand out performances, the film manages to elevate itself above its absurd premise. While this may be an imbalanced fantasy thriller, what works outweighs what does not.

Written and directed by Gregory Widen of “Highlander” and “Backdraft” fame, “The Prophecy” tells story of the arch angel Gabriel in his search for an evil soul to help turn the tide in an ongoing civil war in heaven. Gabriel is not the cherub angel of lore, but a twisted, sadistic instrument of death. Simon, an angel on the opposing side manages to the coveted soul first and hides it in a little girl after dying of his wounds from a fight with Gabriel. Stuck in the middle, Detective Dagget (once a seminary student) desperately searches for answers on what is really going on in heaven and tries to protect the girl from Gabriel’s relentless pursuit.

There’s a lot to unpack with the story that is being told despite its relative simplicity. “The Prophecy” is strangely imaginative and unique yet sometimes dull and downright boring. Sticking to the core of the story, the reimagining of heaven, hell, angels and demons is one that was not as widely mainstream as it is today. I would actually credit the film for being somewhat of an inspiration for more widely accepted televisions shows like “Supernatural” and “Good Omens.”

Both examples paint angels as jealous warmongers rather than glowing saviors, and it’s hard not to see remnants of “The Prophecy” in both shows. Where the film derails is its desperate attempt to explain it all. It tries to give credence to every possible mystery surrounding the afterlife, blending elements of native grounds and rituals, earthly war criminals, and constant supernatural flashbacks of bloody heaven. All of these things would be fine, but in the short span of this film, a lot of these things could be foregone for a stronger, more purposeful storyline.

Where the film really shines is in its cast. Christopher Walken as the sociopathic, blood thirsty Gabriel is easily one of best aspects of the film. Likewise, Eric Stoltz as Simon is a perfect contrast as angel jaded by destruction. Their interactions are a highlight, truly juxtaposing the multifaceted characteristics of these reimagined angels. In a wonderful example of before they were stars, Viggo Mortensen makes an appearance as Lucifer himself. Viggo never seems to get enough credit for his ability to go from the King of Hell to the King of Gondor effortlessly.

The Long, Empty Corridors of “The Tragedy of…

Unfortunately, anyone who isn’t an angel ends up feeling like afterthoughts despite us spending the majority of time with them. This is a common mistake made by many films featuring monsters; films spin their wheels trying to get us to care about the humans injected into a story that would do just fine without them front and center. Franchises like “Transformers” and “Godzilla” are prime examples of this, and characters like Thomas Dagget (Elias Koteas), Katherine (Virginia Madsen) and Jerry (Adam Goldberg) are all weak links despite being somewhat integral to the plot. That’s not to say that any of them turn in poor performances. Koteas rarely phones it in, and he doesn’t here despite feeling as though his character slows the film down sometimes.

“The Prophecy” deserves credit for its fresh albeit dark take on religious fantasy tropes. As stated, there are now plenty of fantasy thriller films and tv shows that now have the freedom to play fast and loose with heaven and hell. But not to get carried away, the film isn’t necessarily revolutionary either. It still falls victim to many of its own genre tropes, and doesn’t quite support its own imagination.

This isn’t for everyone, but if you’re someone who it is for, you may enjoy it far more than you’d expect. So if you’re into it, go ahead and open your mouth and let Gabriel have a look.

You can find it streaming on Amazon Prime.

“The Simpsons” Does it Again: Predicts Kevin Costner Defending “The Postman”

Nintendo Gamecube Was Almost Docked Console like the Switch?!