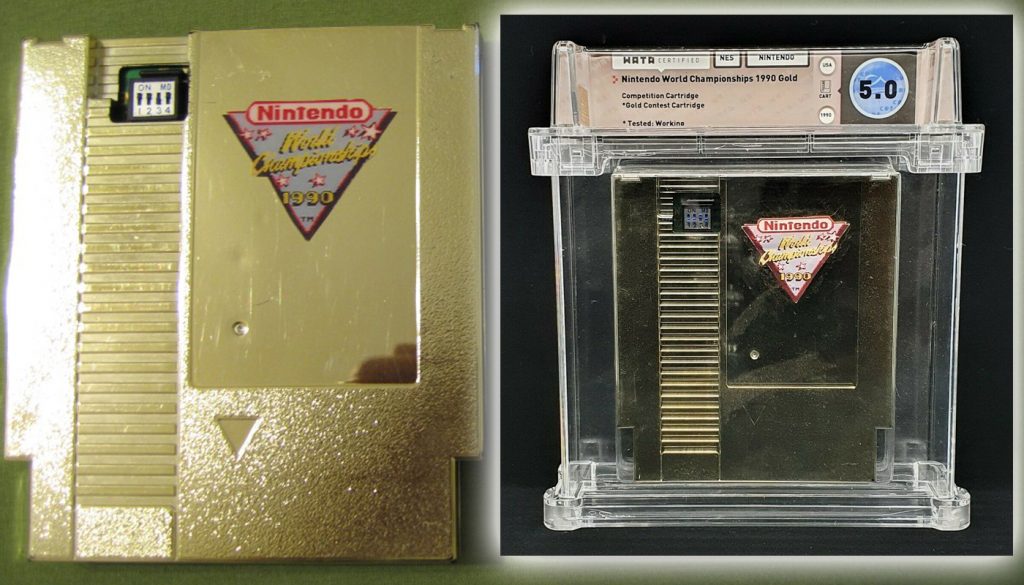 In a listing on Ebay we’ve found that the coveted 1990’s World Championship cartridge is now going for a $1,000,000 buy it now price. Good thing is that they were nice enough to factor in free 2 day shipping. So I guess you save there..

The cartridge is special because there was only a handful made. The last time one sold it was for six figures to a private collector. Only 26 Gold carts were made for the Nintendo Power Magazine NWC giveaway and currently less than 20 are confirmed to exist.

This is the Holy Grail of video games; The most valuable Video game in existence!  While Stadium Events remains the most expensive and rarest officially released NES game, the holy grail of collecting is hands-down the Nintendo World Championship cartridge. It was produced in two versions, gray and the rarer gold versions.

The pictures are of the exact game:

You can check out the listing by clicking the link here.