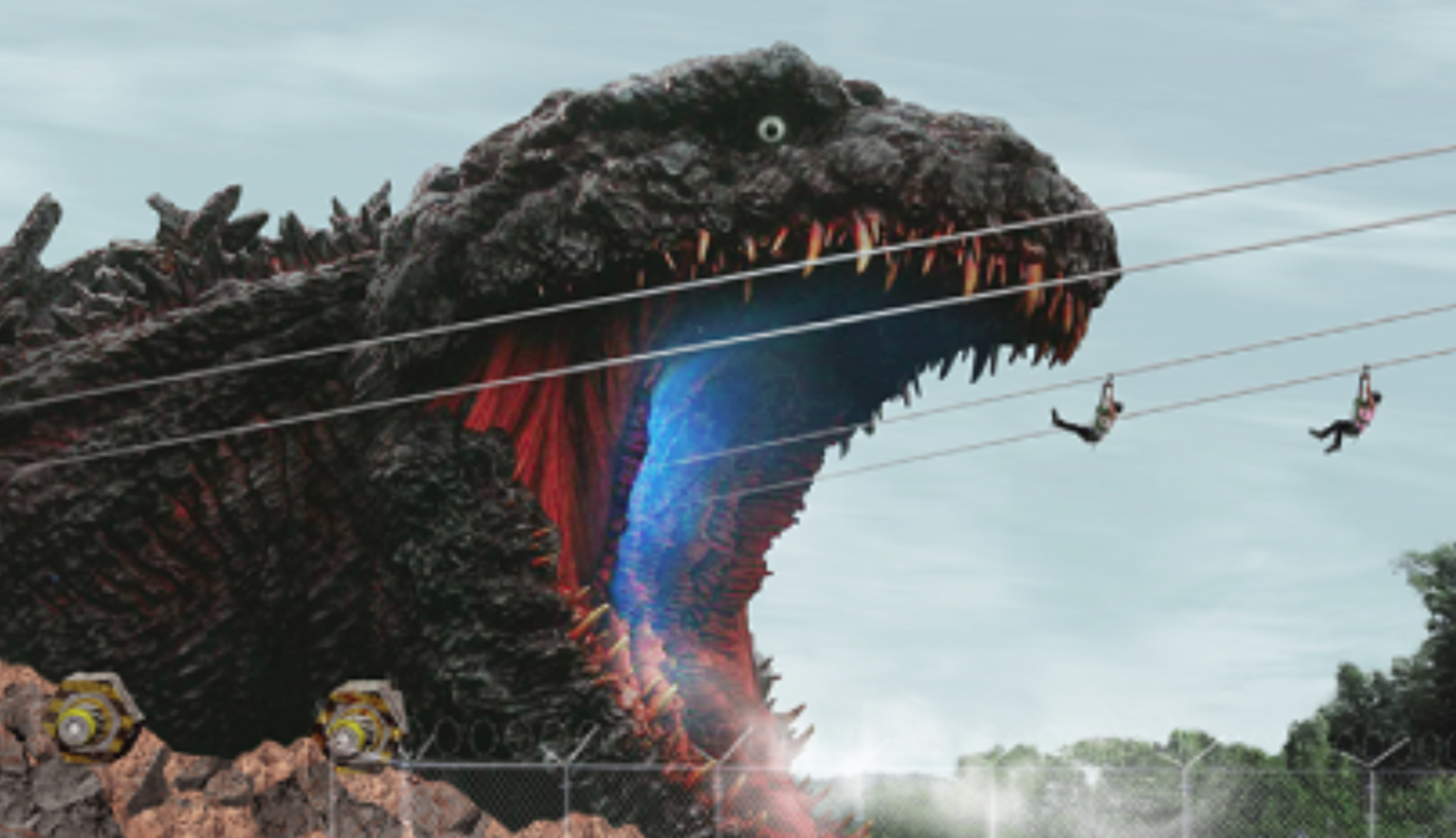 You may want to add this to your bucket list because as of next year you’ll be able to zipline straight into the mouth of Godzilla. The Nijigen no Mori amusement park in Hyogo Prefectural Awajishima Park, Japan is going to be opening the attraction very soon. Along with this amazingly cool zipline guests will also be able to indulge in Godzilla-themed foods and pick up all kinds of Godzilla merchandise.

The theme park’s new section will be called “Godzilla Interception Operation Awaji.” While the zipline may not be available until sometime next year, you can still visit the Godzilla Museum. You will be able to explore massive dioramas of some of our favorite Kaijus. They opened the Godzilla museum to the public August 8th in order to build up even more hype for the coming attraction.

And if you were debating on whether you should go to Japan for your next trip this is just one of the amazing attractions they will have to offer come next year. There’s also the Super Mario World in Universal Studios. The Universal Studios attraction is just about finished but due to COVID and the cancelled Olympics they decided to postpone the opening.

They also have the Ghibli theme park which is set to open in 2022. No matter how you slice it Japan has some very cool stuff waiting to be seen. So as soon as it’s safe you may want to add it to your travel agenda.