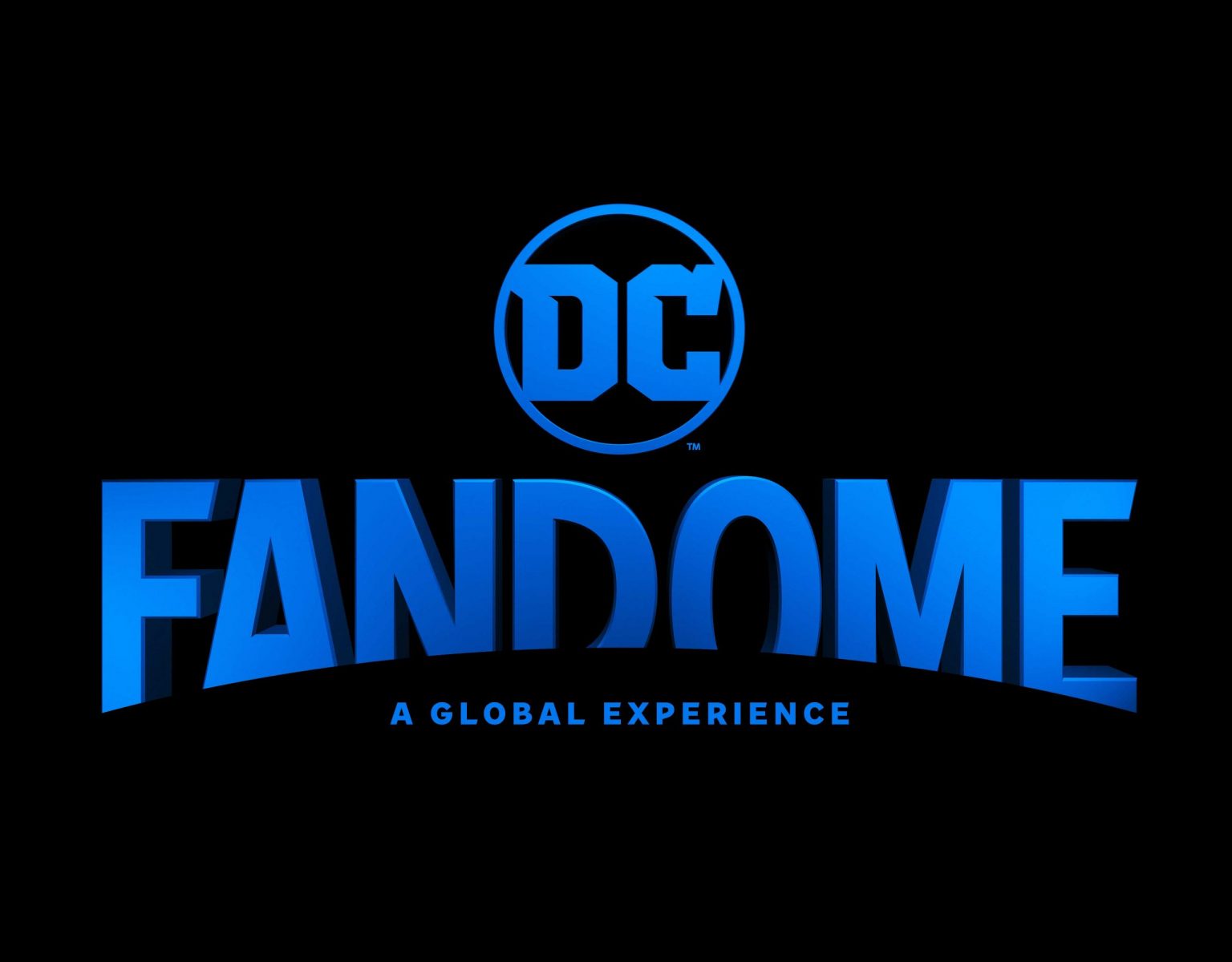 We’re getting closer to the kickoff of DC FanDome next weekend, and we’ve finally got the official schedule of panels/presentations.

10 AM (Encores at 6PM, 2AM), Hall of Heroes: Wonder Woman 1984 stars Gal Gadot, Chris Pine, Kristen Wiig and Pedro Pascal, and director/co-writer/producer Patty Jenkins join forces with Brazilian hosts Érico Borgo and Aline Diniz to celebrate the fans in a big way. They will answer questions from fans from all over the world, talk fan art and cosplay, and reveal an all-new sneak peek at the upcoming film – plus a few more surprises! (25 min)

10AM (Encore at 1AM), Hall of Heroes: Executive producer Eric Wallace joins cast members Grant Gustin, Candice Patton, Danielle Panabaker, Carlos Valdes, Danielle Nicolet, Kayla Compton and Brandon McKnight to discuss all things Flash with Entertainment Weekly’s Chancellor Agard. Team Flash will break down both parts of season six and look ahead at what is to come with an exclusive trailer for season seven. Fans will also get a look at the exclusive black-and-white noir episode “Kiss Kiss Breach Breach”.(40 min)

Cast Table Read and Panel, 10AM (Encores at 4:30AM, 6:15AM), KidsVerse: We know you have your favorite Teen Titans Go! moments (who doesn’t?), and you’ve probably watched those clips over and over and over again (sorry parents!). But what if the Teen Titans Go! voice actors performed those favorite moments for you live?!? Don’t miss a special cast table read of some of your favorite moments from the series with executive producer Peter Michail and voice cast members Tara Strong, Khary Payton, Greg Cipes and Scott Menville. (20 min)

11:45AM (Encores at 7:45PM, 3:45AM), Hall of Heroes: This 101-style conversation with The Flash filmmakers Andy Muschietti and Barbara Muschietti, star Ezra Miller and screenwriter Christina Hodson will give fans a speedy rundown on the first-ever Flash feature film. (10 min)

12PM (Encores at 8PM, 4AM), Hall of Heroes: What else would you expect from The Suicide Squad but the ultimate elimination game? First up, writer/director James Gunn takes on fan questions, then brings out Task Force X for a fast-paced, no-holds-barred Squad Showdown that tests every team member’s Squad knowledge – and survival skills!” (30 min)

12PM (Encore at 5:45AM), WatchVerse – Monarch: Unicorns, encores and aliens…oh my! The Legends have encountered a mess of creatures, villains and time periods over the course of the show, and you, the fans, have been on this wild ride right along with them. Join the cast and producers of DC’s Legends of Tomorrow for a Q&A and, of course, lots of laughs! Be sure to tune in to get the inside scoop on favorite moments from past seasons and what they have in store for season six. Series stars Caity Lotz, Nick Zano, Matt Ryan, Tala Ashe, Jes Macallan, Olivia Swann, Amy Louise Pemberton and Shayan Sobhian join executive producers Phil Klemmer, Keto Shimizu and Grainne Godfree for a panel moderated by Entertainment Weekly’s Chancellor Agard. (35 min)

The Snyder Cut of Justice League

2:45PM (Encores at 10:45pm, 6:45AM, 8:15AM), Hall of Heroes: Zack Snyder fields questions from fans and a few surprise guests as he discusses his eagerly awaited upcoming cut of the 2017 feature film and the movement that made it happen. (25 min)

3PM (Encores at 11PM, 7AM), Hall of Heroes: Star of the first-ever Black Adam feature film Dwayne Johnson sets the stage for the story and tone of the new movie with a fans-first Q&A…and a few surprises. (15 min)

4PM (Encores at 12AM, 8AM), Hall of Heroes: Aquaman director James Wan and King Orm himself, Patrick Wilson, take a deep dive into the world of Atlantis that Wan created, revealing their favorite behind-the-scenes moments from the largest DC movie ever! (10 min)

4:30PM (Encores at 12:30AM, 8:30AM encore), Hall of Heroes: Zac Levi and the cast can’t tell you s#&t! Sworn to secrecy on the new script for their upcoming movie, Zac and a few of his SHAZAM! castmates talk with the Philippines’ #1 DC fan, Gino Quillamor, about what the next movie might be about, while commenting on everything from panels to the other Zack’s cut – and even have a few surprise guests drop in! (10 min)

5PM (Encore at 3:15AM), WatchVerse – Monarch: Lucifer is back from Hell, and the series is bringing a never-before-seen blooper reel from season four along with an exclusive clip of “Another One Bites the Dust” from the upcoming musical episode. Director Sherwin Shilati and Lucifer executive producers/showrunners Joe Henderson and Ildy Modrovich discuss what it took to put together such a massive musical episode – and how they have been able to keep it under wraps for so long. Hell yeah! (20 min)

5:30PM (Encore at 4:30AM), WatchVerse – Monarch: “Titans are back, b*tches!” That phrase kicked off an explosive second season of Titans that culminated with the long-awaited emergence of Nightwing as their leader and the tragic death of one of their own. And as a new mysterious threat looms, season three promises to be the biggest yet! Join executive producer Greg Walker and series stars Brenton Thwaites, Anna Diop, Teagan Croft, Ryan Potter, Conor Leslie, Curran Walters, Joshua Orpin, Damaris Lewis, with Alan Ritchson and Minka Kelly for a preview of the new season as well as a discussion on the “Top Titans Moments” of the first two seasons. (30 min)

5:30PM (Encores at 1:30AM, 9:30AM), Hall of Heroes: The Batman filmmaker Matt Reeves joins host and self-professed fangirl Aisha Tyler for a discussion of the upcoming film…with a surprise (or two) for the fans! (30 min)

6:45PM (Encore at 6AM), WatchVerse – Athena: DC’s Stargirl creator/executive producer Geoff Johns joins cast members Brec Bassinger, Amy Smart, Yvette Monreal, Anjelika Washington and Cameron Gellman for a panel full of fun and inside scoop. Join the new Justice Society of America as they dive into that epic showdown and learn a little more about each other through some special lenses. (35 min)

7:30PM (Encore at 8:15AM), WatchVerse – Athena: Gotham’s newest hero is suited up and ready – and she’s here! Join executive producers Caroline Dries and Sarah Schechter plus cast members Rachel Skarsten, Meagan Tandy, Camrus Johnson and Nicole Kang for the exclusive first discussion with the highly anticipated new Batwoman Javicia Leslie as she prepares to step into the iconic role. The cast will break down season one and give a sneak peek at season two, featuring new arrival Ryan Wilder, aka Batwoman. (40 min)

The DC FanDome event is a 24-hour, immersive, virtual fan experience that will feature a variety of reveals regarding highly anticipated upcoming DC movies. The event will feature members of the cast and crew discussing their movies and debuting new footage and concept art, as well as all the cosplay fun that you would usually expect. It is expected that the DC FanDome event will give fans a lot of thrilling details about several tentpole comic book movies.

DC FanDome kicks off on Saturday August 22nd starting at 10am (PDT). You’ll notice each of these panels has a replay time- and that’s because the event will be live for a full 24 hours.

You can register on the official website for the event here.