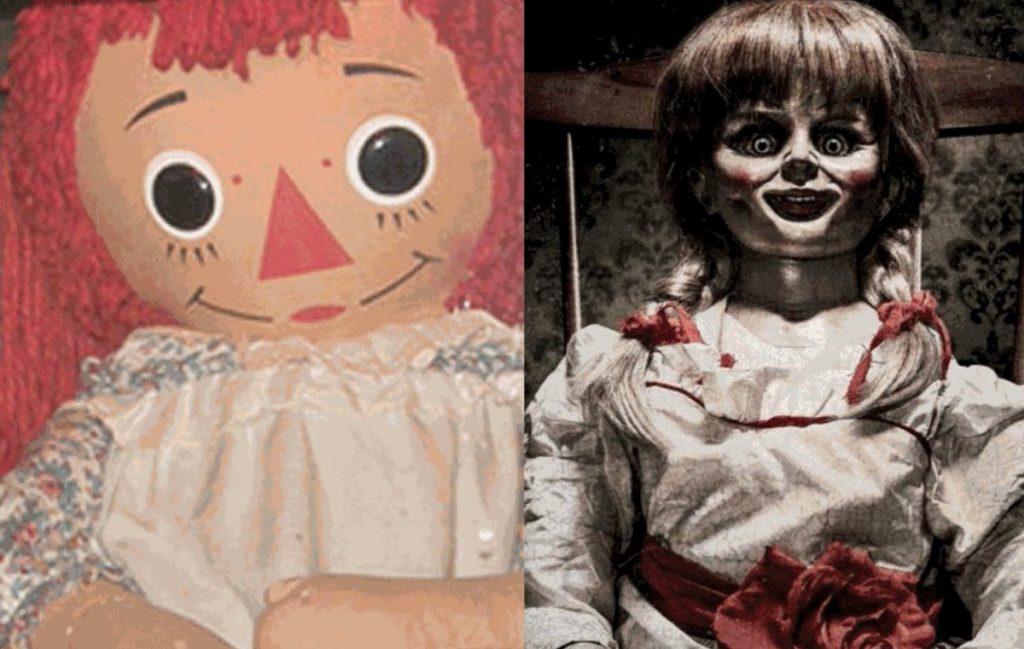 Let’s be clear- The real life doll that inspired the “Annabelle” horror film franchise did not escape from The Warren’s Occult Museum. Given the climate of 2020 though, it’s not surprising that the internet ran wild with thought of a so-called haunted doll “escaping” on its own. It would be pretty hard to escape from a museum that doesn’t exist anymore.

The museum was shut down in 2017 due to zoning violations. If the doll *DID* escape, it would have had to have been from home of the Warren couple’s son-in-law, Tony Spera, where all of the haunted artifacts are currently stored.

It’s unclear where the rumor of the famous escaped doll originated. It is said to have come from a wikipedia article that was edited August 14th, 2020. Once words like “running” and “escape” became attributed to the doll, the internet exploded with rumors and tweets about Annabelle haunting the east coast. Despite the rumors being quickly debunked, the internet decided to move full speed ahead with the prospect of a haunted doll escaping.

The doll known as Annabelle stemmed a popular film franchise based on the paranormal adventures of Lorraine and Ed Warren. Their findings concluded that the doll was actually a demonic spirit who attached itself to the doll and poses as young girl. The Warrens are the inspiration for a number of paranormal film franchises like “The Conjuring,” “Amityville Horror,” and “Ananbelle.” Their paranormal exploits have been become a staple of Hollywood horror franchises with no signs of slowing down any time soon, pandemic aside.

The rumored escape of the doll is exactly the kind of internet distraction we’ve come to expect from 2020. Given the internet fervor for the idea of a doll escaping from a museum that doesn’t actually exist, I foresee “2020: Annabelle’s Escape” coming soon to a theater or streaming service soon.