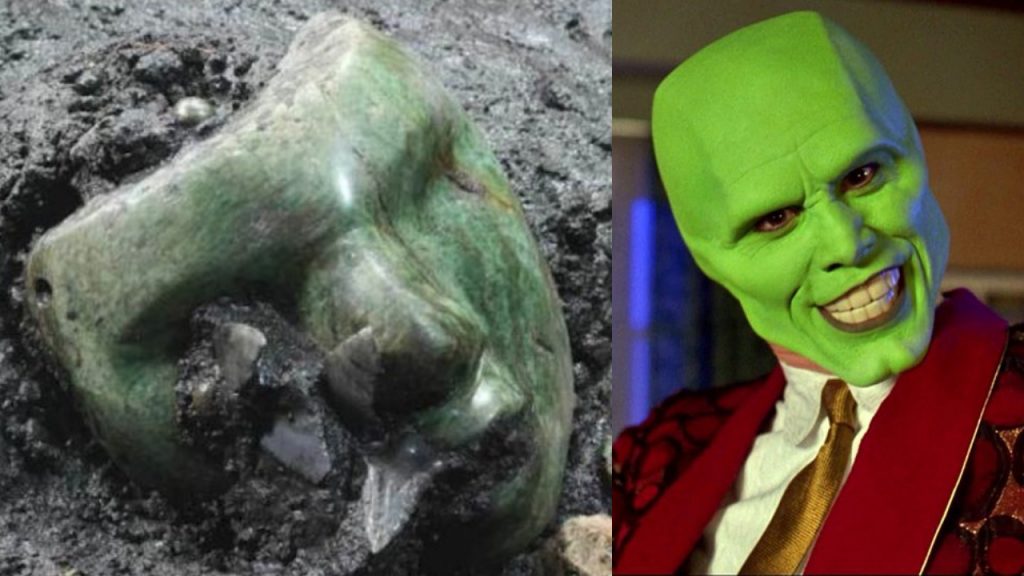 A 2,000-Year-Old Green Mask Has Been Found, Somebody Stop Me!

In something that is straight out of one of the most iconic films, a green mask has actually been found. The ancient mask is over 2,000 years old and was found inside the ancient “Pyramid of the Sun”. The pyramid has been around since 100CE and is the largest of its kind of structures in the Western Hemisphere.

Back in 2011, Mexico’s National Institute of Anthropology and History made an amazing discovery inside the 720 by 720 space. There were bowls and other artifacts, but among them was also this green serpentine mask.

The find was unique because of its appearance. This was the first lifelike mask they had found in the area and they likened it to an Egyptian death mask. Since looters were ravaging the area long before they archaeologists they only found four masks including this one. And they suspect that this one in particular was to be made like a portrait of the pyramid’s people.

“Though they vary in size, Teotihuacan masks are highly standardized: the top of the head is always squared off; the face is trapezoidal with squared ears, marked brow lines, open eyes, a prominent nose, and an open mouth with full lips. The eyes and the mouth were probably inlaid, and the drilled holes in the ears may have held ear ornaments. Teotihuacan masks always exhibit high quality workmanship.” – Smithsonian National Museum of the American Indian

Since the mask doesn’t feature eye holes they think that the mask was only meant as a decoration. Though I dare someone to put it on and see what happens. Only because the last time I know they found a mask like this something incredible happened.