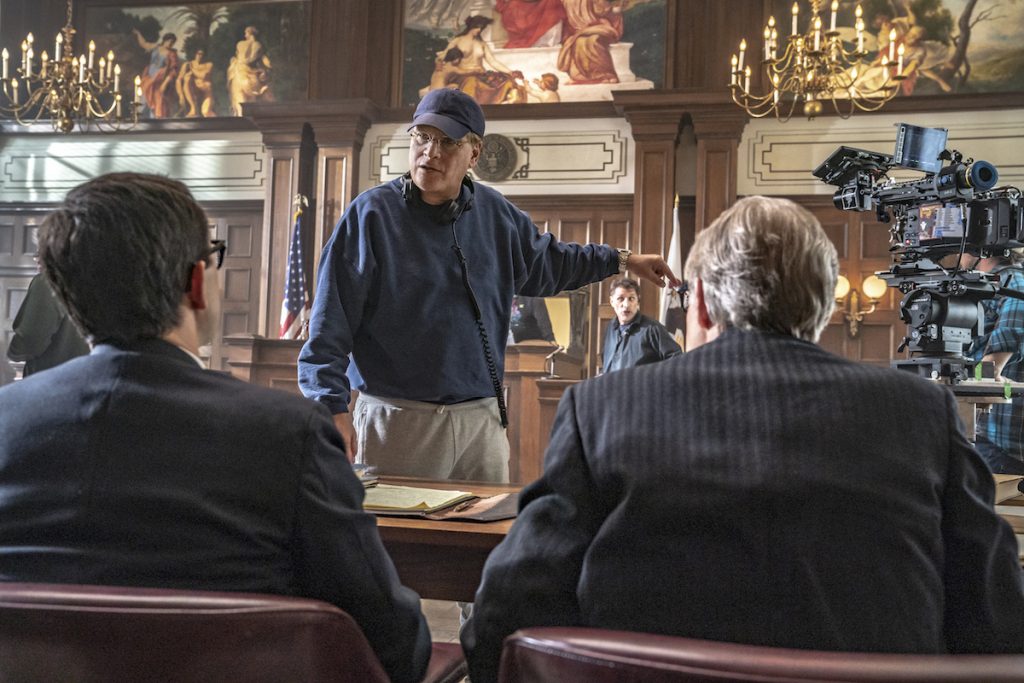 We are SO THRILLED to share this first look at the upcoming film from Aaron Sorkin, “The Trial of the Chicago 7.” Netflix released some images today, as well as confirming a fall release date for the picture.

Sorkin wrote and is directing this story, which follows the 1968 Democratic National Convention and subsequent peaceful protest-turned violent police clash.

What was intended to be a peaceful protest at the 1968 Democratic National Convention turned into a violent clash with police and the National Guard. The organizers of the protest—including Abbie Hoffman, Jerry Rubin, Tom Hayden and Bobby Seale—were charged with conspiracy to incite a riot and the trial that followed was one of the most notorious in history.