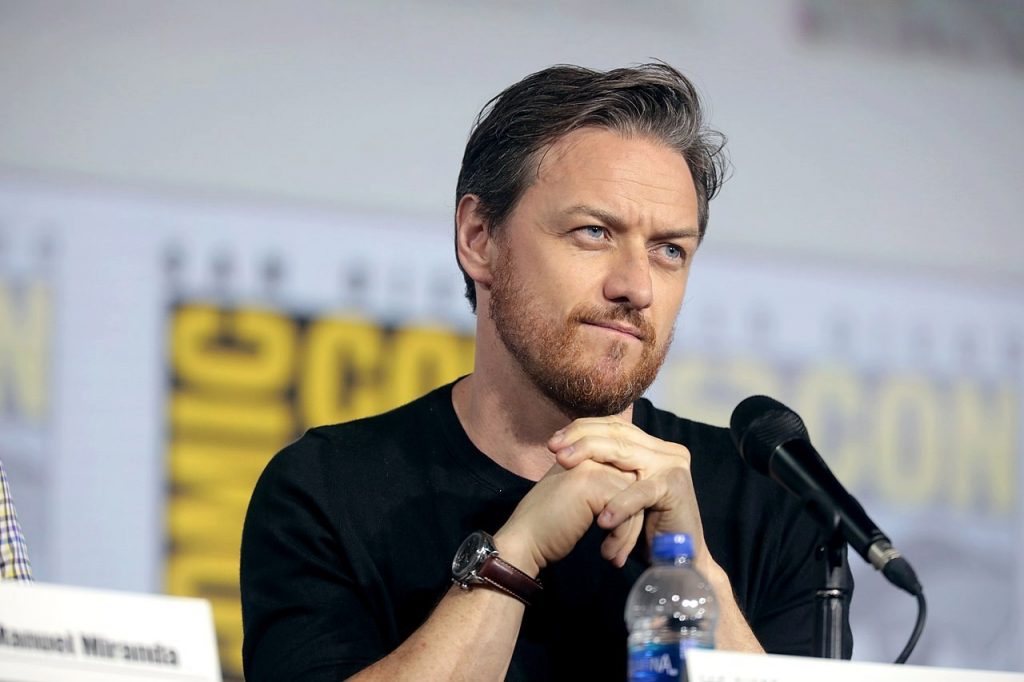 How James McAvoy Brings Life to Morpheus in “The Sandman”

Just how does Neil Gaiman do it? He gives us extrodinary otherworldly and inhuman characters such as Morpheus from his “The Sandman” series and presents them as just that. Detached from the humanity that we so often identify within characters. He is simply amazing at giving us the “Endless” in such a way that we feel a disconnect, as we should considering they are indeed: not human.

Bringing such a role to life is a feat for anyone considering that the only portrayal of the character we had up until now was Gaiman’s through his comic books and graphic novels. However, James McAvoy arose to the challenge to give voice to the mysterious immortal character in the newly released Audio Drama.

McAvoy told CBR during a roundtable press conference that he still feels a deep connect to the character and shares his thought process while bringing the character to life.

“Personally what I love about Gaiman’s writing [is not only] the strange fantastical worlds, but actually characters that you can identify with. Even if they are the lords of the Dream Realm and they’re not strictly human, there’s just something that compels you and brings you into them.”

For those who are unfamiliar, Neil Gaiman goes out of his way to make Morpheus in particular (out of all the “Endless”) to seem otherworldly. His very essence is unsettling. Wild unkempt hair, sunken eyes, his appearance constantly shifting within the art. His voice is written in chaotic text with black speech bubbles. He even chooses to dress up sometimes in a mask that is truly unnerving. Everything about him is very inhuman.

McAvoy goes on to explain his choice of tone for the character:

“A little bit slower, more contemplative, of someone who has been alive for millennia, or more like trillennia. That sort of informed — when [you’re immortal] you don’t think as quickly; you can take a longer time to formulate a response. And that became quite interesting. And so that deeper tone and that slow [delivery] really formed the backbone of how he reacted to situations. It was quite easy to identify when it felt like I was being a bit too normal, just generally I would get more hyper and speak faster, and [director Dirk Maggs] would say, no just bring it back to Morpheus.”

“[Neil] wanted to sound almost like he was speaking Shakespeare’s verse some of the times, which of course not all the dialogue allows for,” McAvoy added. “But there’s moments of almost poetry in there too, and we tried to go for that.”

McAvoy incidentially had an experience that ultimately led to him connecting to the character of Morpheus in an unexpected way. Unfortunately the actor ended up straining his voice during a West End performance of Cyrano de Bergerac. Because of the COVID-19 lockdown, the recording studio where he was scheduled to record in March was shut down.

In a strange turn of events the isolation helped him understand Morpheus as the character experiences a 70 year period at the beginning of the tale in which he was shut away by captors. This ability to empathize with the character led to new revelations about how to portray him. He explained:

“How do you make somebody who is so detached from humanity, who is so regal, who is so stoic at times, how do you make that interesting to the human beings? Who, when they watch drama, generally want watch somebody go through change? The backbone of most drama is watching somebody go through something that changes them. So really grasping on the elements in the script, which are he’s been tortured and been abused, and he’s trying to put himself back together, and he won’t let himself be attacked like that again. Not from his brothers and sisters, not from anyone. And trying to just take ownership of his duties, his roles, but also just his life as well. So those are the things that hopefully adds layers to that stoicism and that classical regal quality that he has as well.”

How do you feel about it so far? Let us know in the comments!