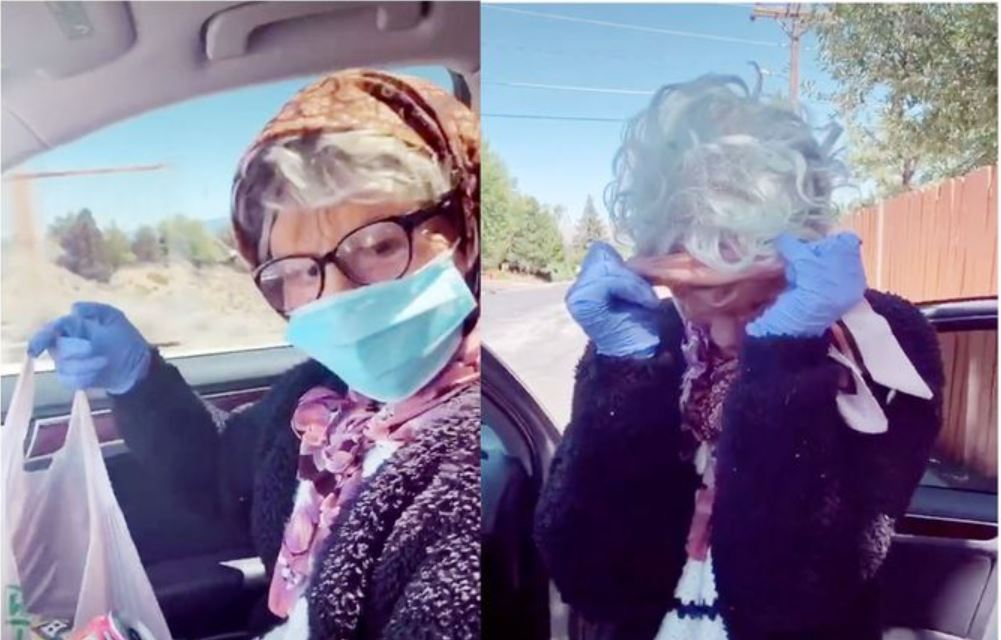 In the long line of things that I have done for beer and alcohol as a teen, this one would have been something that I definitely would have tried. Dressing up as a little old grandma, maybe making up the wrinkles with some good old fashioned SFX makeup. Yep that would have been me. Instead though I had to stand outside till I waited for someone that “looked cool” to get me a 40oz. And I would ask people for quarters to “make a phone call” to get the money. Ah the good old days.

Well it turns out that teens are still on this level because some of what they’ve been doing as they post to TikTok is pretty legendary. Now I’m not saying it’s good for teens to drink, quite the opposite.. but if you’re going to do it at least be smart about it. Check out this one teens disguise posted on TikTok.

All the way down to the orthopedic shoes. Of course the places that they are shopping at are definitely at fault if they aren’t checking ID’s. But they could also be using dear old granny’s ID and they would be none the wiser since they were wearing a mask.

I guess the point is if you see your teen trying on grandmas clothes, probably ask them what they’re doing.