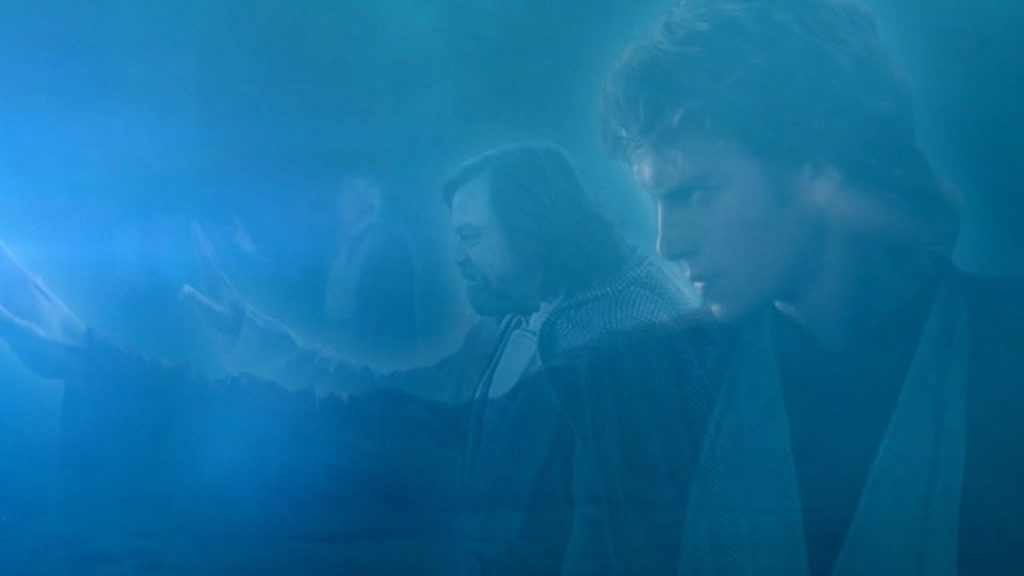 A lot of us were of two minds about “Star Wars: The Rise of Skywalker.” On one hand, we had the ending to a story that we had been following since the 70’s. On the other, we were grieving because some of us didn’t like how it was done.

But fan edits have again come in and saved the day now giving us the ending that we deserved. This is definitely a scene that would have made more of an impact if it had used force ghosts standing behind Rey. And more likely people would have connected better with the film if they had added it in there.

In this fan edit (which is now canon in my mind) you can see that all of the previous Jedi who fought hard against the Empire have come to give Rey (Daisy Ridley) their strength. As she fights against Palpatine (‎Ian McDiarmid) and his lightning they are there reinforcing her to fight with everything she has. It’s a pivotal moment and one that a lot of fans actually had a hard time accepting because Rey hadn’t had that much experience with the force.

Take a look at what Jon H on YouTube created below.

How could she have possibly won someone so strong if she was so new? Well this makes it make a lot more sense and gives us a deeper sense of completion knowing that they were all by her side. Showing Anakin Skywalker (Hayden Christensen), Luke Skywalker (Mark Hamill), Obi-Wan Kenobi (Alec Guinness), and Yoda were all behind her.

It’s kind of like how “Avatar: The Last Airbender” has all of the previous Avatars backing him up in the Avatar state. If you think of it that way, then you would know that she was by far the strongest choice to beat Palpatine.

What do you think? Does this fan edit make the final chapter in the Skywalker Saga better?