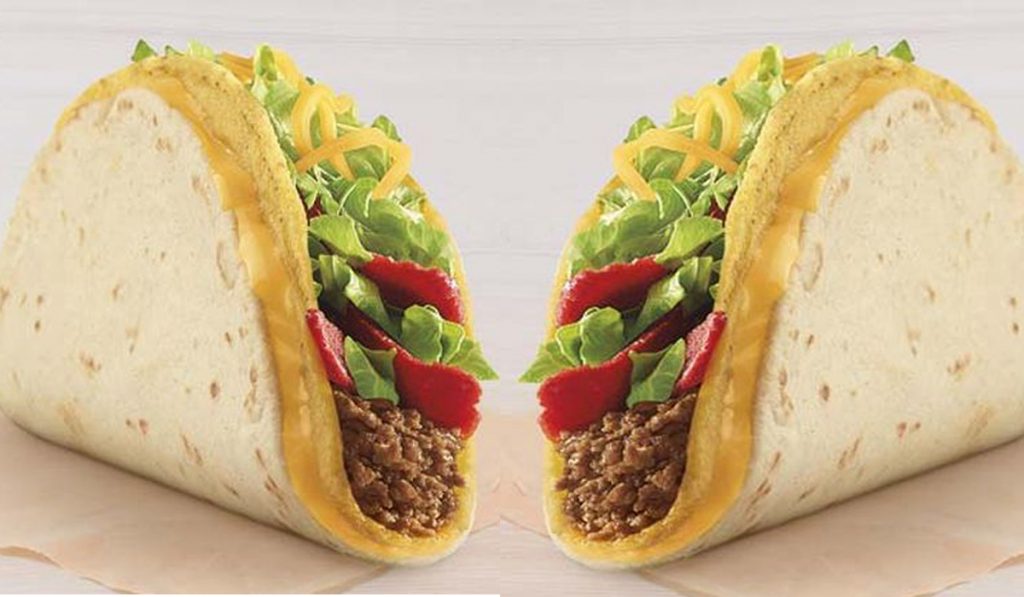 The $1 Nacho Crunch Double Stacked Taco is Back at Taco Bell!

If you know me at all you know that I LOVE Taco Bell. That’s why I’m excited to let you know that the $1 Nacho Crunch Double Stacked Taco is back! They had released it again earlier this year for a limited time and they’ve brought it back again.

Originally it was released in 2016 and people lived or died by it. The price is amazing for the quality of taco you get. Filled with seasoned beef, lettuce, shredded cheese, and crispy red tortilla strips and folds a soft flour tortilla onto it with a layer of nacho cheese to hold it all together.

It’s a quick and cheap fix for any hunger craving. And if you want a good taco for a good price I recommend this one. Though if you don’t like the nacho cheese I would probably skip it. If you want it to taste really good though, buy some extra shredded cheese at the store and pack it in on top. You could order more cheese but it would cost extra. Might as well have that bag of shredded cheese for a midnight snack later when you get the munchies.