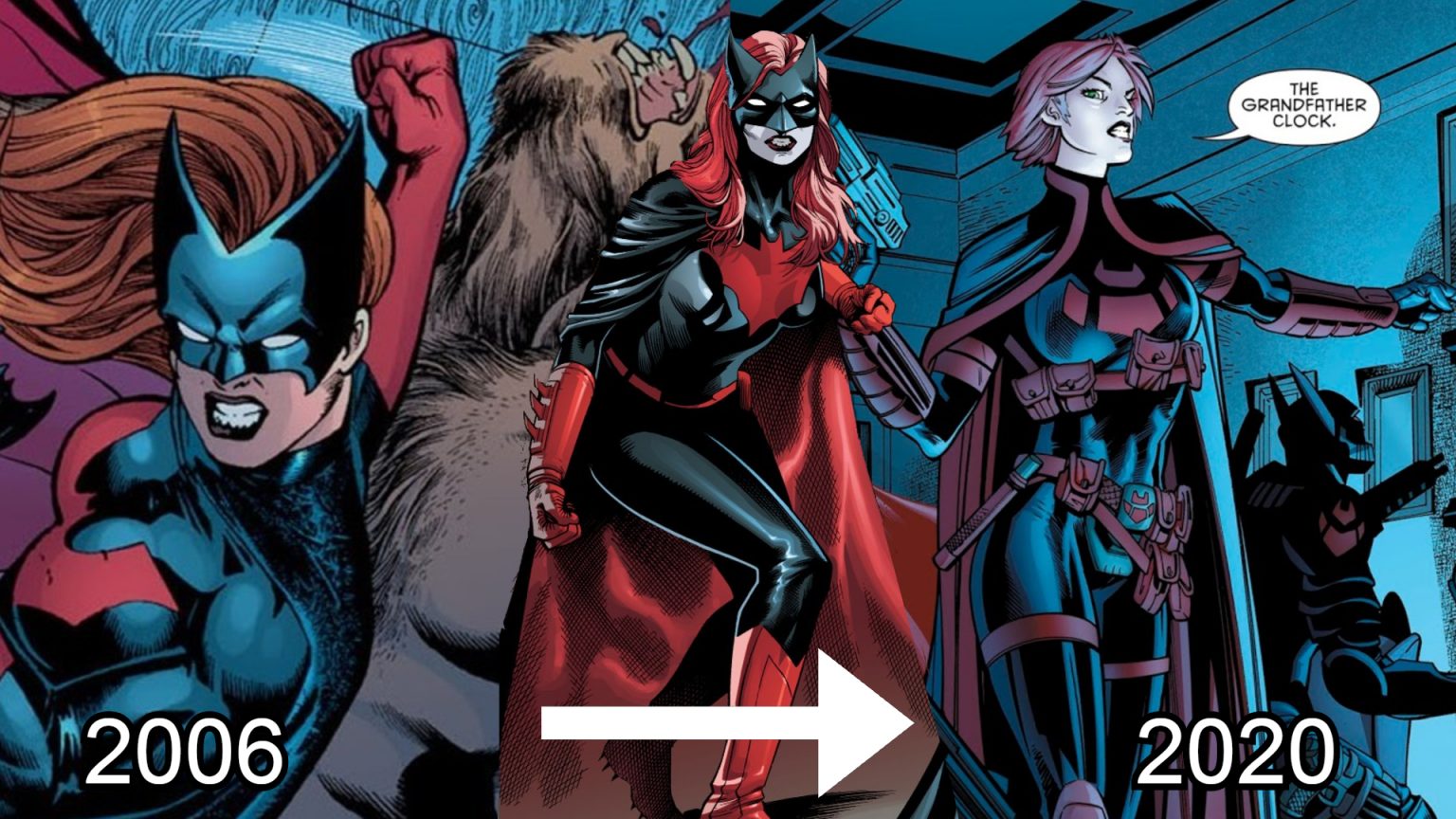 From Zero to Hero: A Two-Minute History of Kate Kane, aka Batwoman

[Editors Note: This may contain spoilers if you want to ever pick up a Batwoman comic and start from the beginning. If not? Enjoy!]

From Survivor, to Soldier, to Discharged, to Bat.

While The Bat-family originally started with Bruce and Dick, it’s grown to a wide collection of personalities and skill sets – with Kate Kane as Batwoman being one of the more recent additions to the team.

Welcome to the latest edition of Zero to Hero: A Two-Minute History, Nerdbot’s series of articles where we explain comic book characters history as quick and compact as possible.

As Batwoman, Kate Kane first appeared in the 2006-2007 Dc Book 52. Created by by Edmond Hamilton, Sheldon Moldoff, and Greg Rucka in an effort to add another layer of diversity to DC. Compared to the first Batwoman Kathy Kane, who was invented in order to dispell gay rumors about Batman and Robin, Kate was a Lesbian.

In an article with Wizard Universe.com, at the time DC VP-Executive Editor Dan DiDio spoke on the choice of the characters orientation, stating that:

”We wanted to have a cast that is much more reflective of today’s society and even today’s fanbase. …It was really important to me to make sure every character felt unique.“

She would remain on the sidelines until she took over the lead role in the comic series Detective Comics, where we’d learn her origin. Kate Kane and her twin sister Beth lived with their father colonel Jake Kane and his wife Gabrielle, where a kidnapping would end the lives of Beth and their mother.

Kate would enter the West Point Military Academy and excel – which would be later be cut short when she was accused of homosexual conduct and after admitting she was gay, left the academy. She would travel the world in order to find herself, including a run in with Safiyah Sohail, where she’d eventually return to Gotham.

She’d try a relationship with Gotham Officer Rene Montoya, but they’d eventually break up. One night while fighting a mugger she encountered the Batman, the encounter inspiring her to find a new way to serve.

Her father discovers her vigilante activity and after some persuasion, decided to help her. After several years of training, she came back to Gotham and took up the mantel of Batwoman.

While operating in the city, she found out that the Religion of Crime( an organization that’s already tried to kill her) had gotten themselves a new leader named Alice. After several issues, Kate had almost taken down this new leader until she jumped into the Harbor leaving Kate with the phrase, “You have our fathers eyes.”

After having a DNA test done, it was revealed that her sister wasn’t dead and that she had been indoctrinated by the Religion of Crime. After learning that her father had hid the fact that they never found Beth’s body when Kate was rescued, she distanced herself from her father.

After the DC Universe was rebooted with Flashpoint ( the editorial cleanup comic event that restarted continuity), Kate was one of the few characters whose history wasn’t really changed in the new reality.

She was blackmailed into working with the Department of Extranormal Organization (DEO), a give and take relationship that both sides often tested. They managed to get leverage on Kate by using the Religion of Crimes artifact to resurrect Kates sister Beth, still partially brainwashed as Alice.

She’d continue to work with Batman and other heroes, eventually leading a team called the Gotham Knights. One of their missions, being the fight against her father and his paramilitary organization the Colony. Kate would turn to her father and the rest of her family in order to rescue her sister.

Her sister would seek mental health, and return to aide Kate in vigilantism under the name “Red Alice”. They’d team up with other vigilantes, with most of them being indoctrinated into Batmans’ Gotham Knights program.

The Gotham Knights would be a network of heroes who’d patrol Gotham, fighting criminals including Kates’ own father who ran the paramilitary organization called the Colony. Although Kate fell out of favor with the Batfamily for a short time, they’re now on good terms and Kate continues to serve the public as Batwoman.

While the character set out as a simple device of bringing exclusivity into the Dc Universe, Kate Kane has grown her own set of supporting characters, villains, story lines and impact.

So what did you think of the History of Kate Kane? Did this article entice you to pick up some issues? Or did it just scare you away entirely? Let us know what you think in the comments down below!