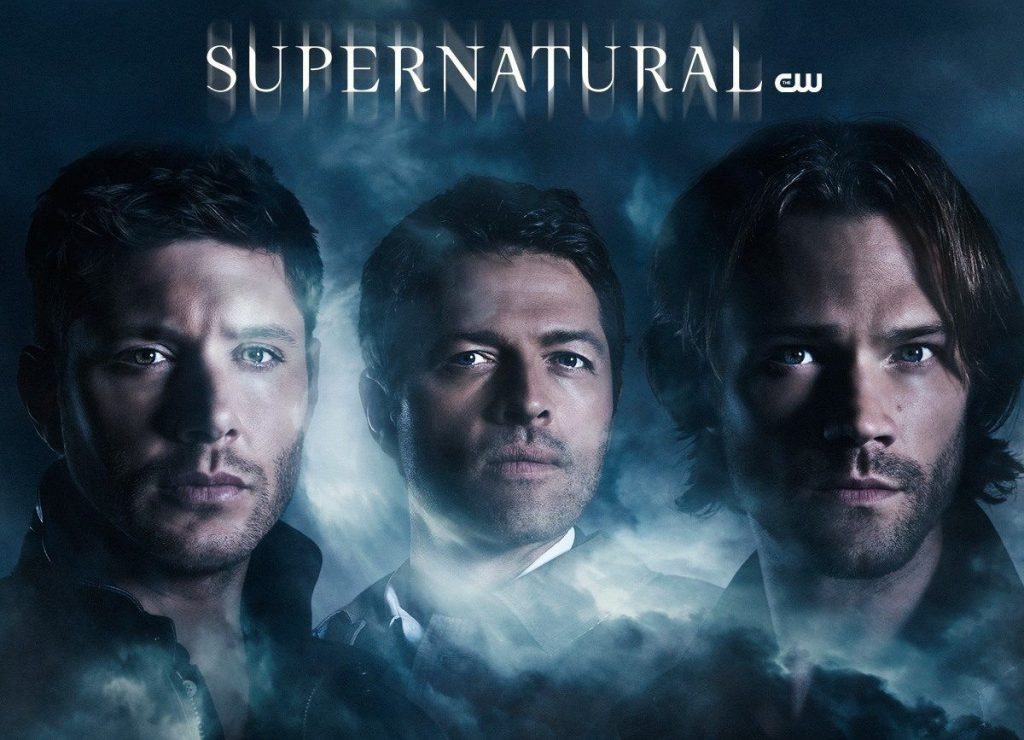 To put 15 seasons into perspective, “Supernatural” has been around long enough for someone to have been born during the series beginning and now be old enough to drive the Winchester Impala at the series conclusion. Though many would argue the show has long overstayed itss welcome, there is still a lot to like about the latter seasons. Rather than go through every season individually, it is better to review what’s left of the show as a whole. It is important to understand everything that “Supernatural” has to offer collectively; the good, the bad, and the unnecessary.

To watch every episode of Supernatural is a true Netflix undertaking. I managed to binge every available episode in a month and half. For those doing the math, that’s 335 episodes, 229 hours and 13,735 minutes of television. If monsters were real, I think I have enough knowledge to be a true hunter by now. Beginning with season 6 (Seasons 1-5 review here), the show is still very self aware, opting to never take itself more seriously than it has to. Despite having a definitive ending in the Season 5 finale, the first few seasons afterwards do a good job in progressing the story forward without feeling forced. Sam and Dean are still as fun to watch as ever, and the show never misses an opportunity to sprinkle the fun, wacky, and downright ridiculous episodes that truly make the show enjoyable.

For the most part, the show sticks to its tried and true formula. By doing this, the show lends itself more to a binge format than a week to week watch. As much as I have enjoyed the journey, I don’t know that I would have stuck with it for this long were it not for the constant Netflix reminder asking if I want to continue watching “Supernatural.” Though this seems to fall into the bad or unnecessary category, the repetitive formula of the show zips by without feeling like you’re waiting for nothing. It can even provide white noise while you’re working from home, something we’re all familiar with doing currently. There are a ton of episodes that are nothing more than a monster of the week. Since the episodes don’t contribute to the meta story, it’s easy to just have them play out in the background and tune in as much or as little as you want.

Lastly, there are some truly great episodes in these latter seasons. My personal favorites are the fun ones, where Sam and Dean are launched into standalone absurdity episodes that poke fun at the plot holes of the show itself. There’s The French Mistake, where Sam and Dean find themselves on the set of their own TV show, and mock their personal lives throughout the episode. There’s the Scooby Doo crossover, which is exactly as fun and silly as it sounds. There’s also the 200th episode, where Sam and Dean stumble upon a high school musical reimagining of themselves. It’s Supernatural meets Glee, complete with catchy show tunes like “The Road So Far” and “Single Man Tear.” These episodes are great examples of how good the show can be, and are a breath of fresh air as the show goes on. When “Supernatural” sticks to what it knows, it shines.

While there is a lot to enjoy during this massive binge, “Supernatural” struggles to reinvent the wheel and tell the same story without feeling like it’s just spinning its Impala wheels until someone yells stop. While sticking to the formula is one of the late seasons’ strength, it is also its greatest weakness. Because the show has a very rinse and repeat storytelling format, “Supernatural” falls apart when it tries to deviate too far. As the show continues, the plot threads get more and more convoluted and the cast keeps growing larger and larger. The bubble bursts around season 11-13, but some would argue it happens long before that.

There is only so much you can have the Winchesters do before you start push the limits of what we want from them. While Jared Padalecki and Jensen Ackles never stop being a joy to watch, the stories around them seem to get less and less interesting the longer the writers try to tell them. It’s not as noticeable if you’re plowing through episodes while you’re working or folding laundry, but it would be easy to stop if you had to wait every week for a new one. “Supernatural” can only maintain its charm for so long, and much like “The Walking Dead“, if you stop investing for even a week, you may find yourself not wanting to return.

Unfortunately, there are some truly unnecessary and troubling aspects of “Supernatural“, many of which make you regret getting as far as you did. These things make you wish the show ended when it should have, even if that means losing out of some of the best episodes mentioned in “The Good.” First and foremost, the recycling of characters both dead and alive is exhausting. Once we get into Seasons 13-15, it’s a never ending cycle bringing every person you’ve ever met back from the dead in one way or another, nullifying any stakes or consequences for anyone. Sure, it’s part of the formula for Sam and Dean and even Cass to die and come back, but by the end of the series, every single person you’ve ever met get this treatment. Even characters that weren’t even that interesting are given this pass, only to meet their final end abruptly without any real pay off.

Because the writers seem desperate to cram everything we’ve ever seen into every episode, the subplots all seem pointless. There are times where a storyline will start off as seeming to be important and part of the meta story, but 3 episodes later it’s wrapped up, over and done with. Big baddies, high stakes, angels or demons, they all appear and disappear with such ease that whatever and whoever they were stops mattering. This exposes a major flaw in the writing: without the formula, everything collapses. But if the formula continues for too long, the show becomes too stale. It’s an unsolvable puzzle, one in which the only solution is to have ended the show much earlier. It throws everything out of balance, and you can feel the show bounce back and forth from formula to new idea from episode to episode rather than season to season.

Lastly, Season 12 is close to unwatchable. It is easily the worst from the selection, as it strives to deviate completely from what we’re use to. Here, the show introduces the British Men of Letters, who are not the allies they seem to be and end up being the main antagonist for the season. Sam and Dean are no longer fighting monsters, but regular men and women like themselves. While they’re essentially the MI6 versions of monster hunting, nothing about it feels familiar or threatening. Viewers have just come off watching the Winchesters fight Lucifer and God’s sister Amara (which is convoluted enough), and to go from world ending stakes to few highly trained assassins with James Bond weaponry seems like a hard left turn off a cliff. If you can make through Season 12, you’re better off sticking around to the end since that’s as bad as it gets.

Overall, “Supernatural” is a show that has a lot of successes despite carrying on past its expiration date. The longer you watch it, the more you can’t help but wish two things: either the ending of season 5 didn’t happen or they stopped the show there as intended. The ending of season 5 is close to perfect. While the road after has its moments, it may not be enough for everyone to stick around to see the new ending. “Supernatural” is still a very binge worthy show, one that still finds ways to stay entertaining even with all its faults. Since the orders to stay at home show no signs of easing up anytime soon, I’d still recommend checking it out for yourself. Whether you can’t watch anymore or can’t wait to see how it all ends, “Supernatural” earns whatever amount of time you’re willing to give it. If nothing else, we can all agree that the goal in life is to eat like Dean Winchester while still looking like Dean Winchester.

Supernatural is now Streaming on Netflix. Season 15 is incomplete, as the Series Finale has yet to be filmed due to COVID-19.