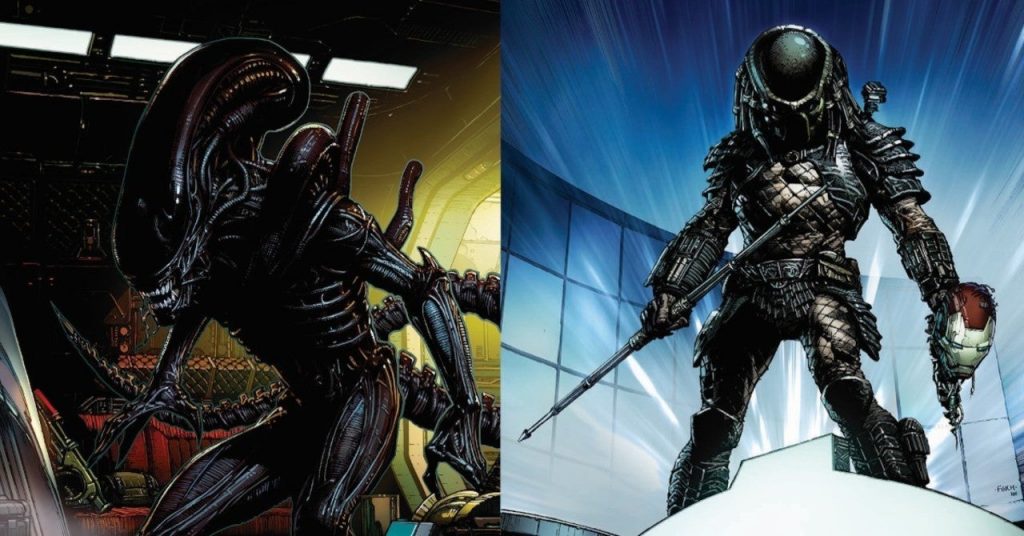 It sounds like Dark Horse’s iconic “Alien” and “Predator” comic book series are headed to a new intergalactic home at Marvel Comics. Marvel will be launching all-new stories for both iconic characters in 2021.

Check out the first art work from David Finch!

“Alien and Predator are the two of the most identifiable, iconic characters of all time, and I love them for that. But mostly, it’s being fortunate enough to be a kid when they were new. I’ve seen every movie they’ve ever been in, and I cannot wait to see them wreaking havoc in the Marvel Universe. I drew my pictures of them with a massive smile on my face.”

Marvel was quick to point out that Predator holding Iron Man’s head doesn’t mean a crossover will happen. As IGN points out:

“To be clear, the Predator teaser isn’t meant to suggest the two franchises will be integrated into the Marvel Universe (as was the case when Marvel reacquired the Conan license in 2018).”

“There’s nothing more thrilling than a story that will keep you at the edge of your seat, and Alien and Predator have delivered that time and time again! I can clearly remember where I was when I saw each of these modern masterpieces for the first time, and reveling in how both masterfully weave extraterrestrial dread and drama into some of the most iconic scenes we’ve ever seen on film. And it’s that legacy that we’re going to live up to!”

“The incredible legacies of both franchises offer some of the most compelling and exciting worldbuilding in all of science fiction. It is a thrill and an honor to be able to add to that mythology and continuity with all-new stories set within those universes.”

We’re certainly looking forward to seeing what comes from this new home for “Alien” and “Predator.”