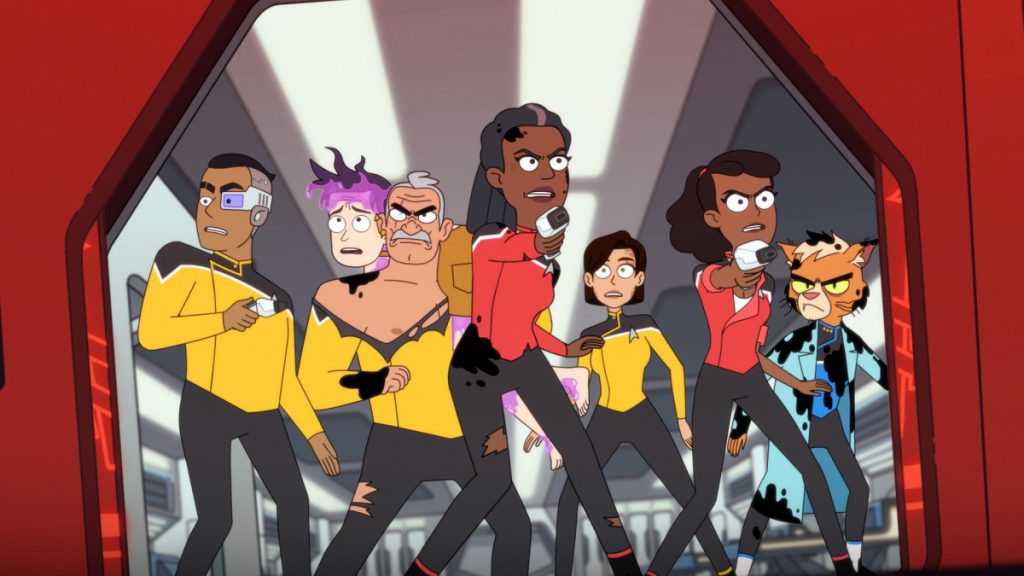 
Set in the year 2380, the series centers aboard the U.S.S. Cerritos. Crew members Ensigns Mariner (Tawny Newsome), Boimler (Jack Quaid), Rutherford (Eugene Cordero) and Tendi (Noël Wells) are tasked with “keeping up with their duties and their social lives while the ship is being rocked by a multitude of sci-fi anomalies.” Additional crew include Captain Carol Freeman (Dawnn Lewis), Commander Jack Ransom  (Jerry O’Connell), Lieutenant Shaxs (Fred Tatasciore) and Dr. T’Ana (Gillian Vigman).

The series will premiere on CBS All Access on Thursday, August 6th 2020. Each of the first season’s 10 episodes will be available on Thursdays to stream for users.