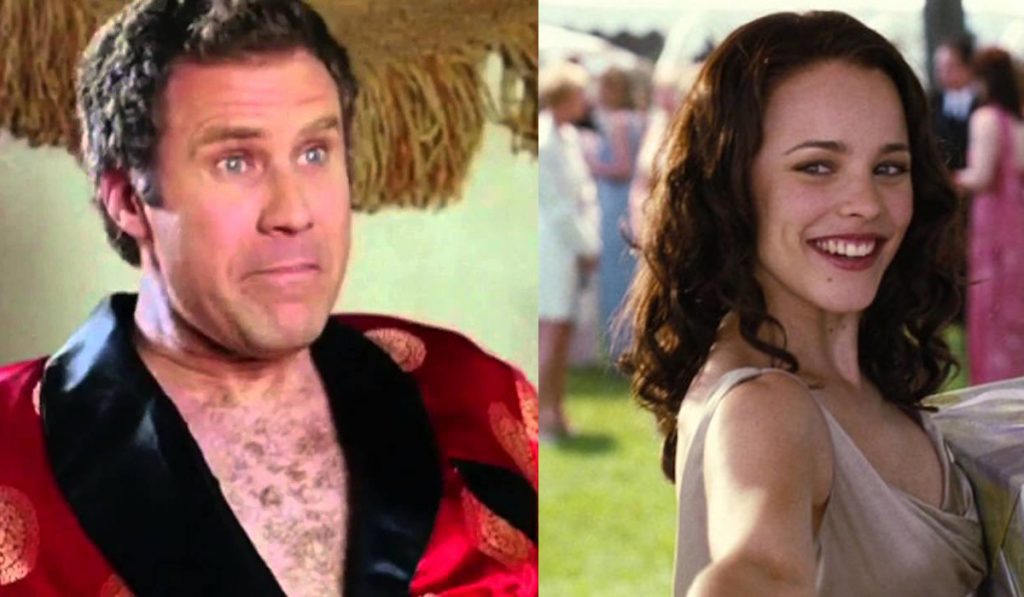 Will Ferrell and Rachel McAdams have teased that a “Wedding Crashers” sequel is on its way. Recently McAdams was able to reunite with Owen Wilson in “Midnight in Paris” and again with Vince Vaughn in “True Detective.” So she thinks the idea of doing another comedy with the two would be a good time.

While speaking with E!, Ferrell and McAdams said that the script is being worked on and that it’s most definitely coming. Ferrell also joked that it should focus on divorce which could be a clue into what’s coming but knowing Ferrell it could also just be that. A joke.

He also mentioned that it would be funny if it was just a legal courtroom drama about the divorce proceedings without any jokes at all. But to be honest watching Will Ferrell deliver even straight lines it’s hard not to laugh.

McAdams also thought back to filming on the first “Wedding Crashers“:

“Will and I actually never met on that film, because he was doing a cameo…we were like ships passing. I was always just so wishing another opportunity would come along, where we’d actually be in the same scene together.

So they are hoping this time that they will get some good scenes together. As are we because they would make awesome screen partners.

While we don’t have a date for anything yet we do know that at least these two are interested in reprising their roles. So that gives us major hope that they will be able to convince the rest of the main cast as well.