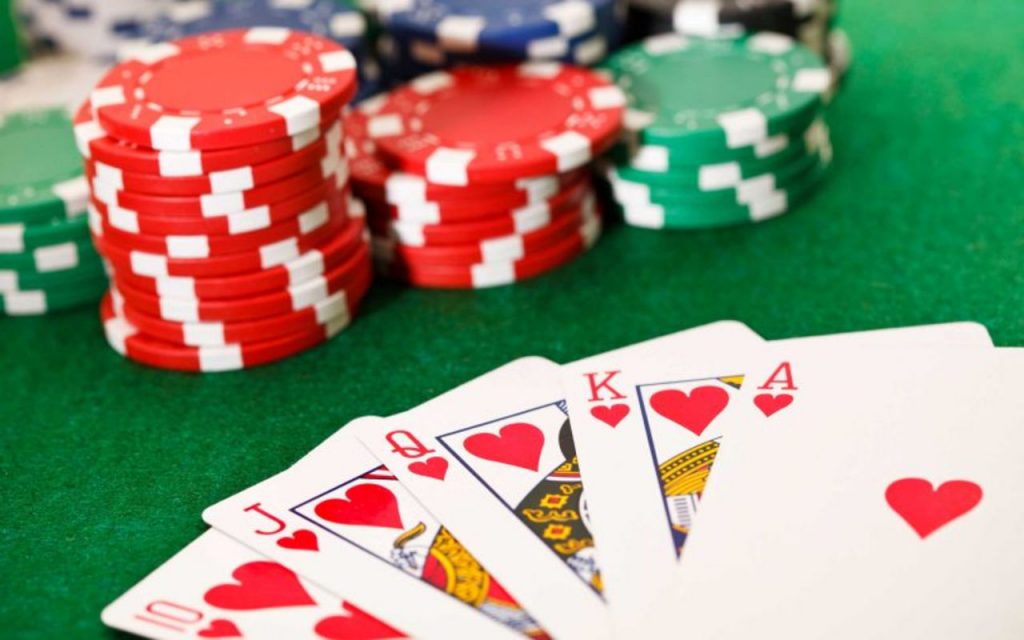 All In: Top 5 Best Poker Movies you Should add to your Watchlist

Films about gamblers, the bright lights of Vegas, and gambling are a dime a dozen. We love watching protagonists count cards at the blackjack table, letting it all ride on the role of the dice in craps, and of course, a good old fashioned heads up showdown at a poker table. Despite the vast catalog of films about gambling and card playing, there are surprisingly very few that center around poker itself. While there are tons of films that feature classic face offs like “Casino Royale,” the movie isn’t really about the game itself. As a fan of playing Texas Hold’em with friends, I also love a good poker flick. Here are my top 5 favorite poker movies that you should add to your watchlist.

We’ll start with the most obscure but arguably the most fun. The Grand features an all star cast including Woody Harrelson, Ray Romano, Chris Parnell, David Cross, Richard Kind and many more in an improv style comedy directed by Zak Penn. The film is a parody look at the world of poker, poking fun at everything from the eccentric players to the WSOP announcers. It’s a fun look at some of the more silly things in the poker world, and shows that even some of the best poker players don’t mind making fun of themselves from time to time. Many of the actors play in the WSOP on a regular basis, and Penn wanted the final table to be completely random and impromptu. To do this, the actors played real games until a legitimate winner was named. The film is very funny and also features a lot of actual card playing between jokes.

“All In: The Poker Movie”

If silly parodies of the poker world aren’t your thing and you want a more realistic look at the world of poker, then the documentary “All In: The Poker Movie” is for you. The documentary covers the rise of televised poker playing around the world. It includes notable games and wins in the early 2000s as well as the crackdown on the rise of online poker. It features a number of interviews from both professional players and celebrities, and seeks to understand the newfound popularity of the game worldwide. It explores our fascination with the game and its stars, and while you may already know much of what is being discussed, it is still one of the better poker documentaries out there.

When Aaron Sorkin pens the script for a poker film, it is almost automatic that it should end up on a “best of” list. based on the book by the same name, “Molly’s Game” is one of the best poker movies out there. The film follows the true story of Molly Bloom, an olympic hopeful who ends up running one of the most prestigious poker games in history while also getting entangled with the Russian mob. The film sports a stellar cast including Jessica Chastain, Idris Elba, and a solid performance from Kevin Costner. While the film is a blend of poker playing and court room disposition, it has some great poker information and table showdowns. I watched it for the first time on a flight and it instantly became not just one of my favorite poker films, but one of my favorite films overall.

Heading back to the humorous side of things, “Maverick” is a must watch for any fan of poker and good western comedy alike. Based on the 1950s television series of the same name, the film stars Mel Gibson as Bret Maverick, a con artist and card player who collects money to play in high stakes poker games. Directed by Richard Donner, it ranks as one of his best outings on a long list of great films. There’s certainly more fun to be had than legitimate poker playing, but it’s still considered one of the best poker movies out there. With great performances by Jodie Foster, James Garner and Alfred Molina, “Maverick” is a classic that deserves a watch even if you don’t really care for poker.

Last but not least, no poker film list would be complete without “Rounders“. It is a personal favorite of mine even among my favorites. Rounders features an all star cast and some of the best on screen card playing. It follows Mike McDermott (Matt Damon), a talented young poker player who goes bust chasing his dreams of playing in the WSOP. When his troublemaking childhood friend Worm (Edward Norton) is released from prison, he drags Mike back to the New York underbelly of card playing, forcing him to use his talents to make things right one hand at a time. It’s one of the most quotable poker films, one that is constantly quoted during many of the games that I play in. It also features a lot of good poker information and card playing in addition to its stellar performances. You’d be hard pressed to find a poker player that hasn’t seen “Rounders,” and if you do, those that have will nag them until they’ve seen it.

From comedy to drama to westerns, the top 5 poker movie list has a little something for everyone. If you’re a fan of the game, these are as a good as poker movies get. If you’re just a fan of good films, I’d still recommend giving most of these a watch.

Also, it goes without saying that “Tombstone” should also go on anyone’s list for gambling.