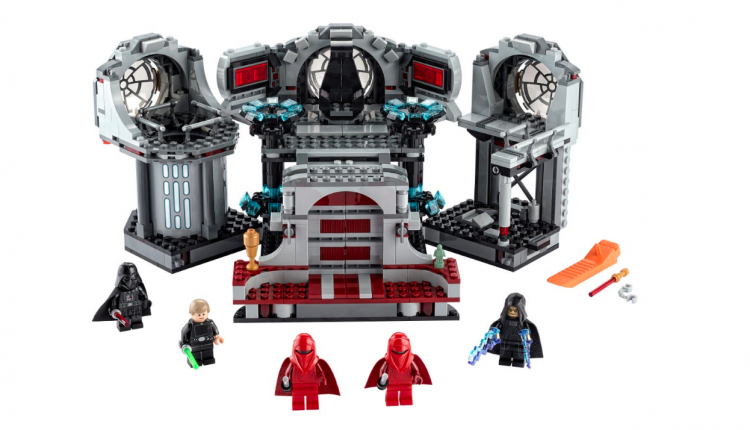 We are absolutely thrilled, and a little frightened of how much shelf space we’re gonna need, for the new “Star Wars” collection of LEGO coming. There’s something for everyone, from the classic Saga figures to Disneyland / Walt Disney World Galaxy’s Edge sets.

LEGO® Star Wars: The Clone Wars Armored Assault Tank (AAT) building set (75283). The AAT has lots of realistic details to inspire fun, creative play, including opening hatches with space inside for the Battle Droids, LEGO minifigures, 2 spring-loaded shooters and a rotating turret with an elevating cannon.

The LEGO Group has been creating brick-built versions of iconic Star Wars starfighters, vehicles, locations and characters since 1999. It’s become a hugely successful theme with a fantastic variety of sets to thrill fans of all ages.

This spacecraft building kit includes 3 LEGO® Star Wars™ minifigures – 2 Knights of Ren with new-for-August-2020 helmets and lots of weapons, and Rey with a Lightsaber – to role-play stories solo or with friends.

This Death Star construction kit offers a testing building challenge and includes 5 LEGO Star Wars™ minifigures with Lightsabers and force pikes for fans to role-play action-packed battles. It also comes with a code to unlock a character in the LEGO Star Wars: The Skywalker Saga video game.

Young Rebels can play out heroic missions with this LEGO brick-built model of the Resistance I-TS Transport (75293) from Star Wars: Galaxy’s Edge – a new land at Walt Disney World Resort and the Disneyland Resort. The top of the shuttle lifts off and the sides open for easy play, and there are 4 rotating stud shooters by the cockpit and 4 rear stud shooters for battle action.

Read more about this one here, and pre-order here.

An Animorphs Movie is in the Works From Scholastic!