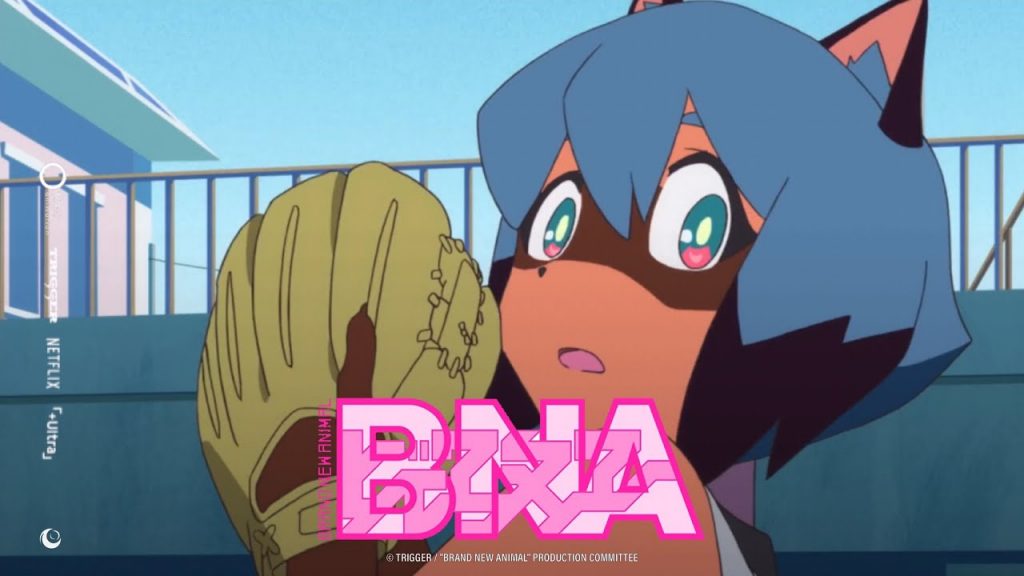 June is quite a month for anime lovers with “One Piece,” “A Whisker Away,” “Mirai,” “Okko Inn’s,” and a new season of “Baki” all being released. The last addition to arrive will be the new anime series “BNA: Brand New Animal,” available for streaming at the end of the month.

“BNA” has been aired in Japan from April 8 to May 6th, 2020. The studio Trigger (best known for “Little Witch Academia,” Kill A Kill“) production has 12 episodes, 24 minutes each.

The series set in a 21st-century world where Beastmen, who were forced to hide in the darkness due to conflicts with humans, have been revealed to the world. The story follows Michuri, a normal high school student who suddenly turned into a raccoon beastman. She runs away from home and refuges in ‘Anima City’, a safe haven for animal-humans. There she meets Shirou Ogami, a wolf person who despite humans. Together they try to find out the mystery behind their transformation and get tangled in a much bigger matter.

“BNA” will arrive on Netflix on June 30th. English dub will also be available.