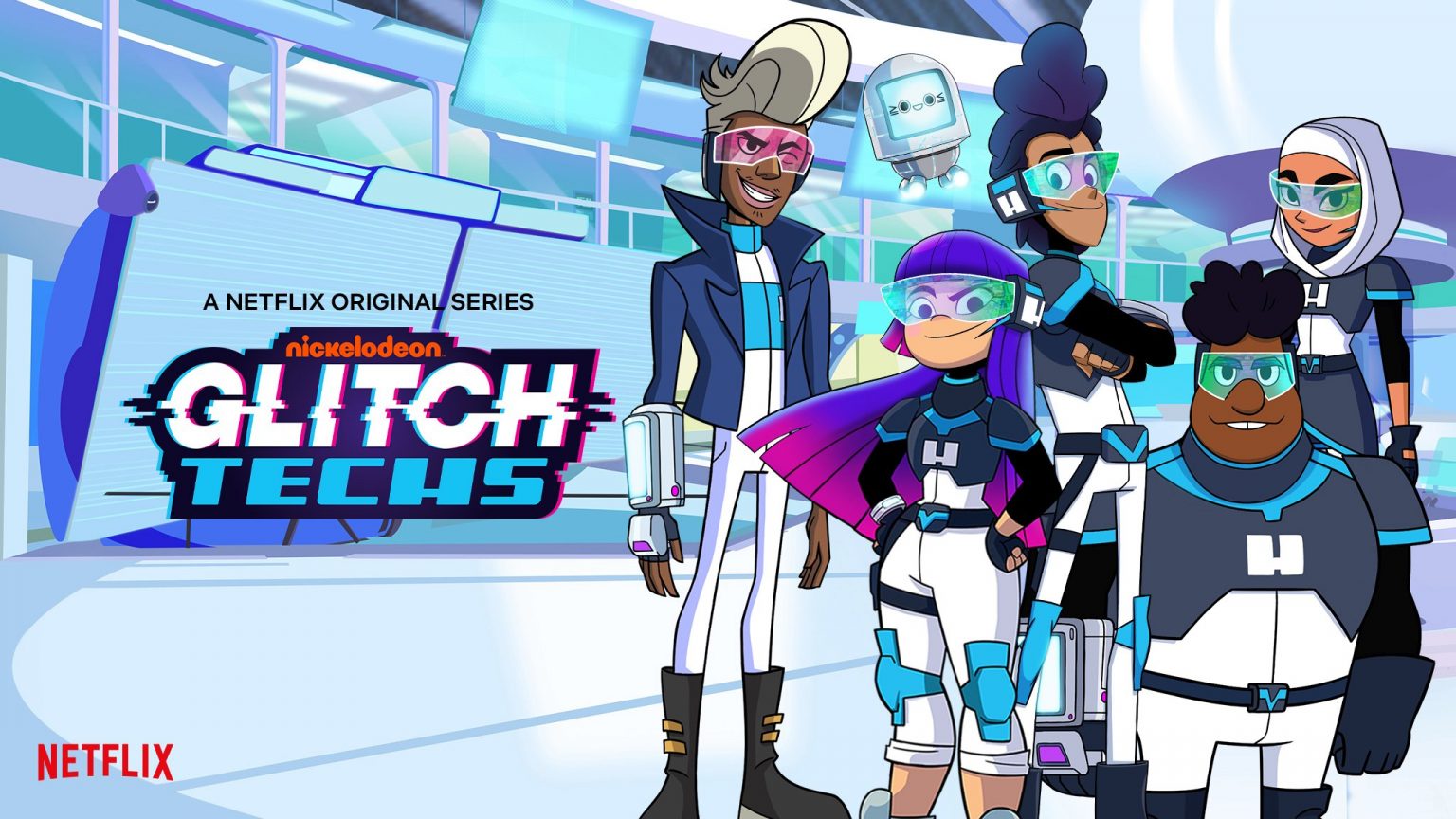 I started watching “Glitch Tech” at my daughters behest. The bright colors and concept of gamers fighting monsters is what pulled her in. The first episode was about 45 minutes long so I wasn’t expecting it to hold her attention. She’s five and has ADHD so it takes a lot for her to get into something. And this show was great not only because it’s fast paced but also interesting.

“Glitch Techs” centers on two teens, Hector “High Five” Nieves and Miko “Me K.O.” Kubota, who receive new jobs to work at a local game store as a front for their actual new jobs; battling video-game monsters that have found their way into the real world.

What set this aside from other shows my daughter watches is that it was also fun for me to watch. I’m a big kid who never quite grew up so when I saw that Miko was playing a Guitar Hero type game in her intro scene I was totally in. Not to mention her amazingly colorful hair. Oh how I love colorful hair, probably something to do with having had grown up in the 80s/90s when “My Little Pony” and “Popples” were still popular.

The idea that games may leak into the real world is a little far fetched, but it’s based on imagination so I will give it an A+ for creativity. It reminded me a little of “Wreck It Ralph” except these glitches are happening in our world, not inside a game.

I especially loved how Five’s grandparents were so supportive of him going to the gaming tournament. And how introspective he was when he said they couldn’t afford to lose him working on the food truck. It’s that kind of thinking that I really admire when a show aimed at kids touches on. If you’ve seen programming for kids and teens, some of it’s not great. There’s whining and complaining and scheming to get one over on their parents. And that’s not what we should be showing our kids and putting into their heads. Five and Miko have a great relationship as well. They are the types of gamers who not only have a can do attitude but are excited about overcoming challenges.

The front of them working at a game store was pretty cool too. Especially the set up of the game store itself. Unfortunately real brick and mortar places like arcades aren’t as prominent as they were when we grew up so having it up on the screen is kind of special. Plus maybe our kids will bring them back into fashion one day.

“Glitch Techs” is available to stream now on Netflix.