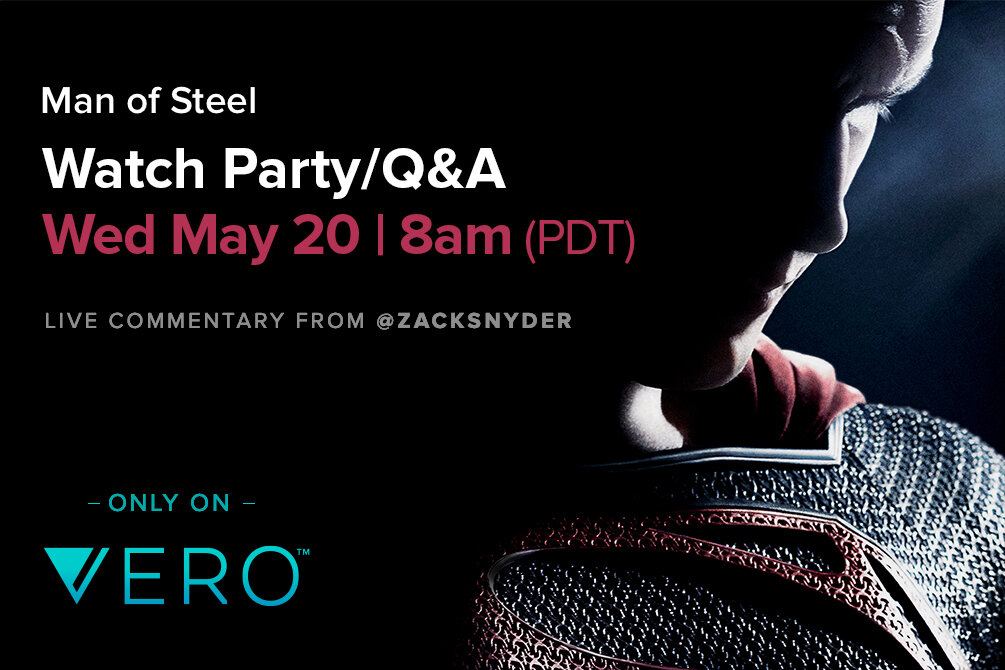 Filmmaker Zack Snyder is ready to talk “Man of Steel” with audiences, kinda. Just today, the “Justice League” director announced on his Twitter that he’ll be hosting a live-commentary watch-along of his 2013 film starring Henry Cavill as Kal-El, aka Clark Kent, aka Superman.

“Many of us are struggling during this difficult time. Felt it could be cathartic to come together now for a Man of Steel Watch Party and celebrate the ultimate symbol of hope. Submit some questions, I’ll answer a few after,” Snyder’s tweet reads.

You can check out the official ‘event’ listing on Vero here.

Just…don’t be one of those RELEASE THE SNYDER CUT jerks, ok? Be respectful.

We still LOVE the trailers.