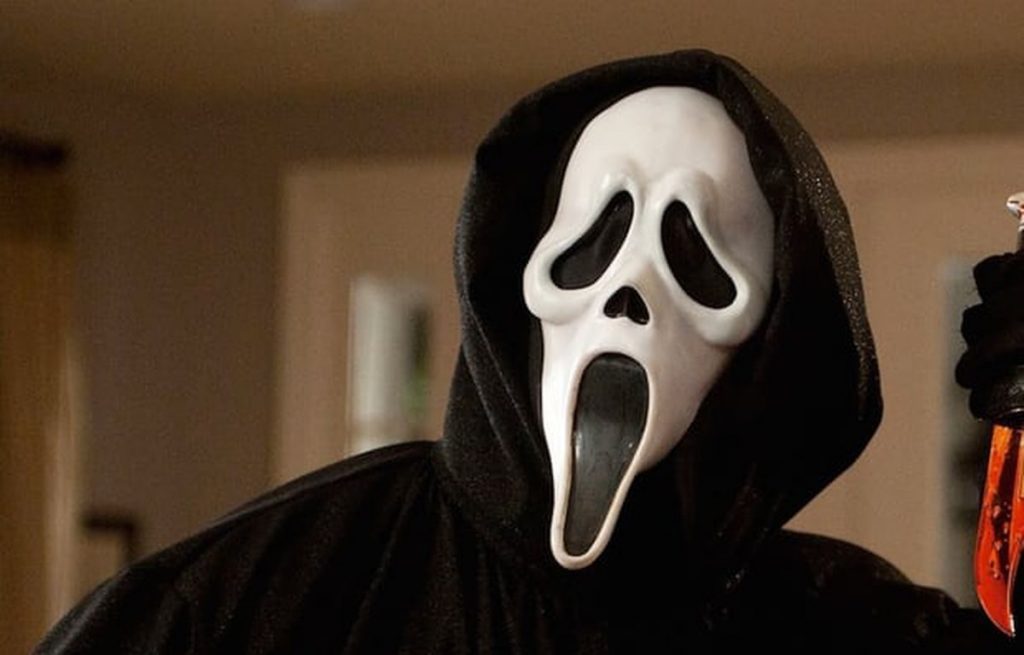 If one of your burning questions today is about whether or not David Arquette would be joining the new “Scream” film, we TOTALLY have an answer for you! Arquette’s character in the Wes Craven franchise, Dewey Riley, WILL return for his 5th time within the franchise.

“I am thrilled to be playing Dewey again and to reunite with my Scream family, old and new,” Arquette said. “Scream has been such a big part of my life, and for both the fans and myself, I look forward to honoring Wes Craven’s legacy.”

Radio Silence’s own Matt Bettineelli-Olpin and Tyler Gillett are on board to direct. This is the first chapter in the “Scream” story not helmed by the late, great Wes Craven.

Penning the script for this film are James Vanderbilt of “Murder Mystery” and “Zodiac,” along with Guy Busick (“Ready or Not,” “Castle“).

“It’s impossible to fully express how much Wes Craven’s work and the Scream movies in particular mean to us as fans and have influenced us as storytellers,” the Radio Silence team said. “Kevin Williamson’s incredible stories have entertained and inspired us for decades and we’re insanely honored to have the opportunity to be a part of the cinematic world Wes and Kevin so brilliantly created together. Jamie and Guy’s amazing script does that legacy justice and we’re so excited to bring the next chapter of Scream to life.”

Spyglass assures that more legacy castmembers are being sought after to join “Scream.” Production is set to kick off later this year in Wilmington, North Carolina when proper safety protocols are in place to keep everyone healthy.

No word on a possible plot, but we expect various elements from the previous films might be involved.

We’ll let you know what else we hear about “Scream.”

Need your own Ghostface? Check out Entertainment Earth’s new offerings!