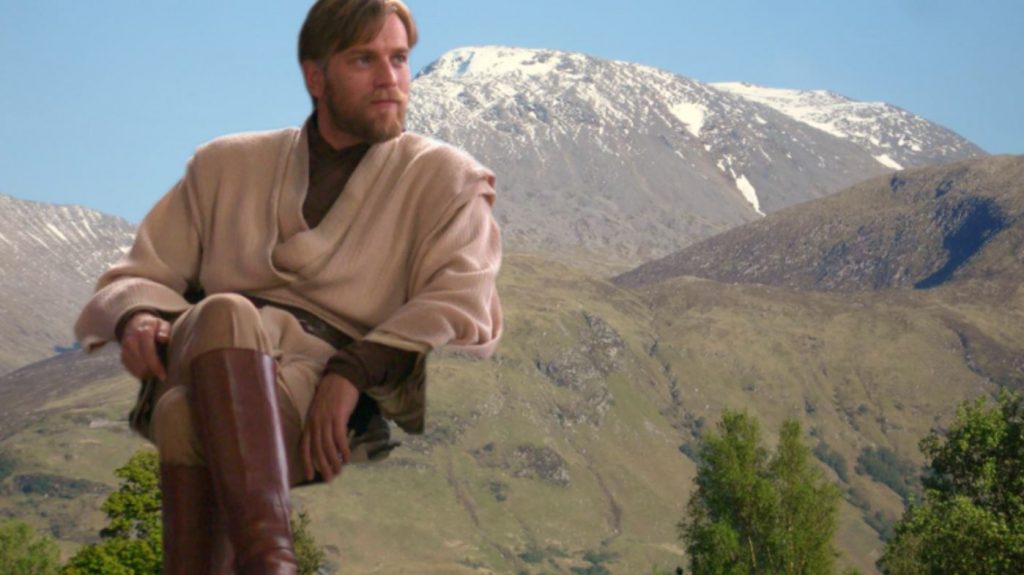 There is a petition going on that will help to create a statue of Ewan McGregor as Obi-Wan Kenobi on Scotland’s highest ground. And the idea of being able to visit this statue is even more appealing than going to see that giant statue of Jesus in Brazil.

We wrote about this before but we’re going to do it again. Because as of the time I’m writing this we’re just about 1,000 signatures away from making this feasible.

Ewan McGregor is one of Scotland’s most renowned actors and they want him to be a part of history in their landscape as well. The petition calls for him to sit upon Scotland’s highest ground.

The mountain stands at 1,345 metres above sea level and is the highest mountain in the British Isles. Ben Nevis is a popular destination, attracting an estimated 100,000 ascents a year. The 700-metre (2,300 ft) cliffs of the north face are among the highest in Scotland, providing classic scrambles and rock climbs of all difficulties for climbers and mountaineers. Ironically the mountain is known to locals of the surrounding area as “the Ben”. The mountain is all that remains of a Devonian volcano that met a cataclysmic end in the Carboniferous period around 350 million years ago.

A statue of Obi Wan Kenobi would be rather fitting, given the mountain’s nickname, the volcanic past and its the highest ground of Ewan McGregor’s home county. He would literally have “the high ground”, watching over all of Scotland. It’s poetic in a way.

It would definitely be a place that was put on many nerdy travel agendas. You could pop in over here for a picture while on your way to see some of the places that the new Amazon “Lord of the Rings” show is to be filmed.