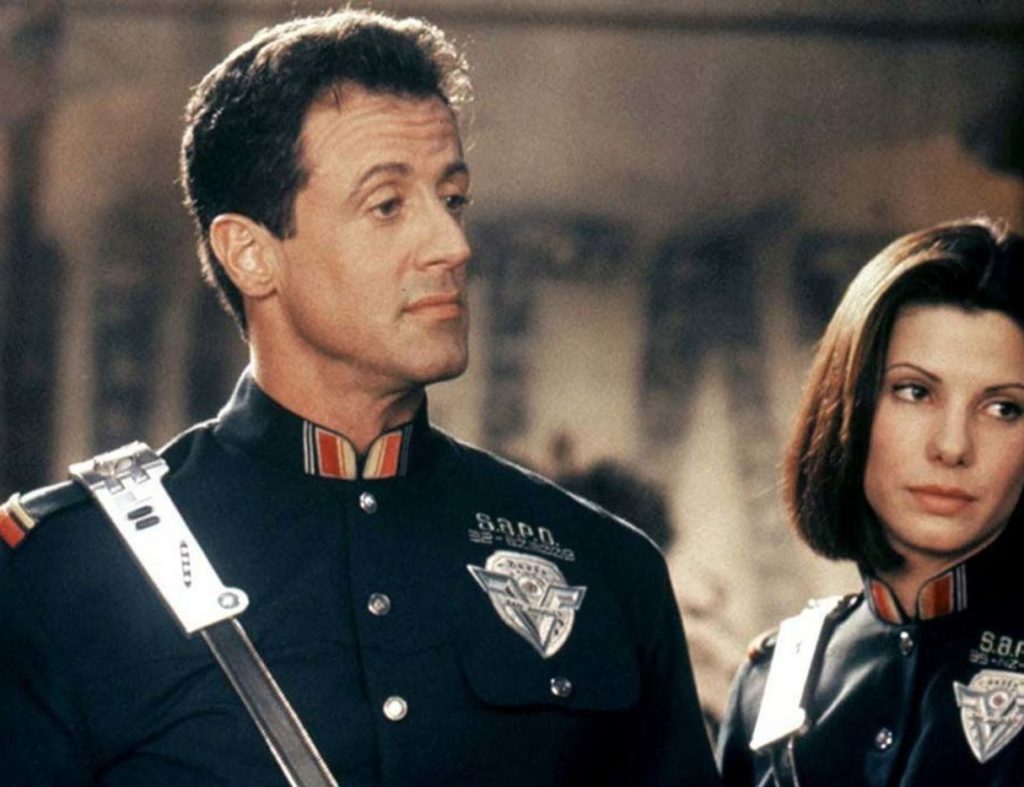 If you’re a fan of Demolition Man which came out 27 years ago we’ve got some great news for you. According to Slyvester Stallone Demolition Man 2 is in the works! The news came during a Q & A session with him and he confirmed that it has been in the works for a while at Warner Bros.

“I think there is. We’re working on it right now with Warner Bros. and it’s looking fantastic,” Stallone said. “So that should come out, that’s going to happen.”

Demolition Man: With innocent victims caught in the crossfire in Los Angeles’ intensifying war on crime, both cop John Spartan (Sylvester Stallone) and violent thug Simon Phoenix (Wesley Snipes) are sentenced to a state of frozen incarceration known as “CryoPrison.” When Spartan is finally thawed 36 years later, it’s 2032, and Los Angeles is now a pacifist utopia called San Angeles. But with Phoenix again on the loose, Spartan must team up with future cop Lenina (Sandra Bullock) to apprehend the killer.

We’re not sure where they would be going with the sequel and news is sparce as far as details go. But we are excited to know that they are developing this sequel with Stallone.

Are you ready for Demolition Man 2? Tell us in the comments!