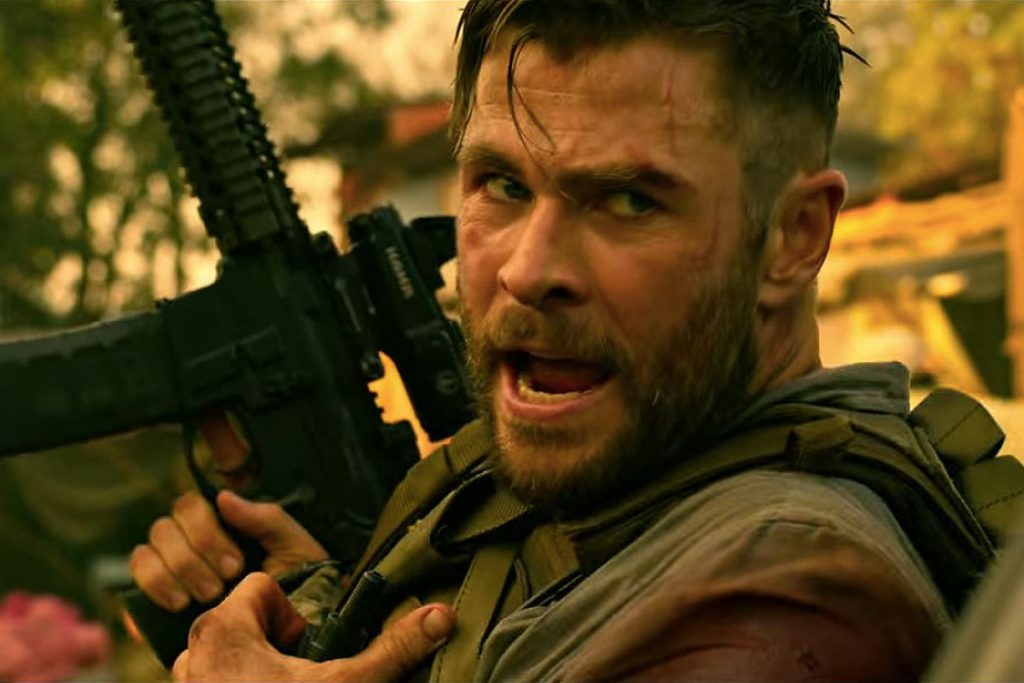 Chris Hemsworth Gets Gritty in This Stylized Action Thriller

Netlfix’s Extraction comes at a time where we should be gearing up to tackle the action packed, summer blockbuster movie season. Instead we’re cursed with the knowledge that most of the highly anticipated blockbusters are being pushed back as far 2021. Enter Extraction, a highly stylized action thriller set in the underworld of Bangladesh.

Loaded with action and some unique camera work, Extraction is a solid entry into the action thriller genre that sometimes falters under the weight of its own cleverness but ultimately delivers on its promises.

Extraction follows Tyler Rake (Chris Hemsworth) a fearless mercenary wrestling with a dark past who takes on a high profile extraction job to rescue the kidnapped son of an imprisoned international crime lord.

Things go south quickly, and Rake and his package Ovi (Rudhraksh Jaiswal) must fight to stay alive as they are relentlessly pursued by the captors. Based on the graphic novel Ciudad and Directed by Sam Hargrave (best know for his stunt work in Avengers: Endgame, Infinity War and Captain America Civil War) it was written for the screen by Joe Russo (also Avengers and MCU fame).

There is a lot of influence here which makes everything feel very familiar at times. While some of it may be too recognizable for some viewers for it to survive on its own merits, there is just enough of its own identity to make for a thrilling action movie.

It is clear Hargrave has done his homework on how to bring action to life. With long single take chase sequences (one lasting over 11 minutes) and some truly creative shots, the camera zips along at the breakneck pace of the chases we are watching onscreen. In one chase scene, the shot moves from following a car to jumping into the backseat then back out to the road in one seamless shot.

Hargrave pushes the limits of what you can do when the camera is a part of the chase and not just watching it. It’s hard not to compare the hand to hand combat and camera work to things we’ve seen before. Hargrave borrows heavily from his predecessors like John Wick and The Raid Redemption. There is a ton of gun-fu when the fighting is up close and the camera being a part of the action is very reminiscent of Gareth Evans style.

The writing seeks to elevate the simplicity of the plot with some heavy handed dialogue when things take a breath from the action and at times doesn’t always succeed. The film seems to wrestle with being an in your face action movie but also a character dive into father son relationships and the complexity of an often stone faced mercenary.

The aforementioned struggle between the action and the dialogue would be more glaring and less enjoyable were it not for a terrific performance by Chris Hemsworth. In a film where his primary job is to dispatch his would be dispatchers in some of the most gruesome ways (I’ll never look at a rake again) Hemsworth brings an emotional depth to Tyler Rake. There is a true complexity here, and Chris is skilled enough to show a tormented man seeking redemption and forgiveness be it by success or death. While a number of other characters suffer from too many sprawling subplots, everyone pulls their weight acting wise.

Extraction is a solid action film even if it struggles with its identity. Wanting to push the boundaries of action but also explore the underbelly world of India while also trying to add depth to every character we meet, the film has a hard time tying it all together. There is just too much going on at once and too many characters that are written to be important but ultimately become part of the one note, action hero savior trope in the end. The pieces that do work however are close to masterful. With a keen eye for action and a strong performance from Chris Hemsworth, Extraction is better than it should be even if it’s not as good as it hopes to be.