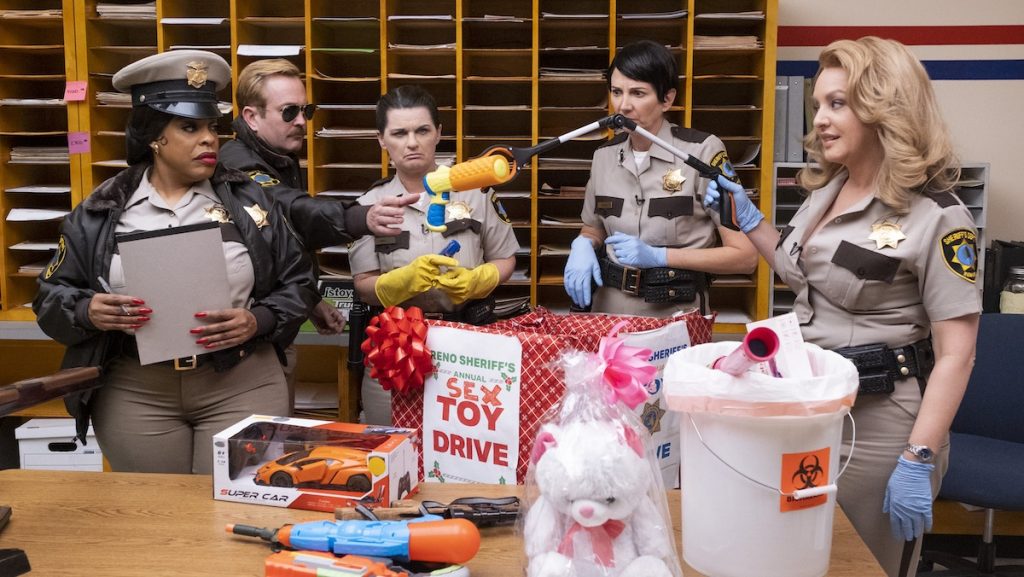 Reno 911 Releases Hilarious New Trailer For Show Returning in May

Ready for some more crazy shenanigans? Reno 911 just released a new trailer for their show coming to Quibi on May 4th. In it you can see explosions, comedy and a number of familiar faces.

“Bigger busts, bolder action, and slightly better aim”, we can see from the tagline that we’re in for some fun. Returning characters include Dangle, Williams, Junior, Weigel, Johnson, Jones, Declan, Kimball, Rizzo and Garcia.

Quibi is a new-ish app that will be broadcasting shows in short bursts. The first three of 12 episodes will premiere on May 4. New episodes will follow on weekdays on the Quibi app.

Reno 911! played on Comedy Central from July 2003 to July 2009 and had a total of six seasons. It was a fan favorite and was on during the peak of Comedy Central. Back when we would be able to just turn on the channel and let it sit. Fans are excited to see all of their favorites return in this new series. Make sure you’re ready May 4th when the first three episodes come out!