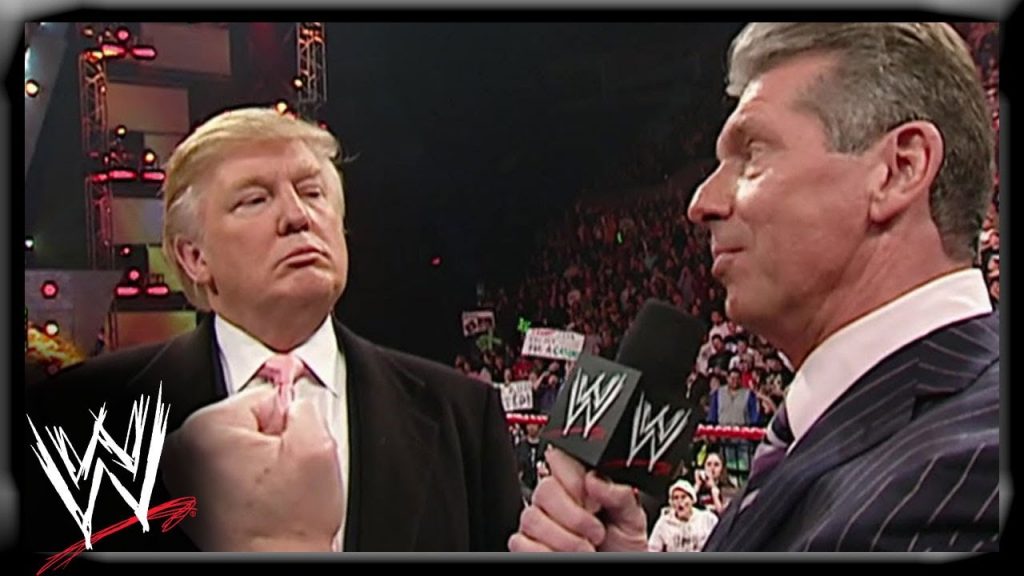 On Tuesday Donald Trump announced that he was putting together a group of advisors from the sports world to help restart the economy. Included in the list was none other than, “the great Vince McMahon” from the WWE”. He also listed some other sports league commissioners Roger Goodell (NFL), Adam Silver (NBA), Rob Manfred (MLB) and with Gary Bettman (NHL) along with UFC president Dana White, New England Patriots owner Robert Kraft, Dallas Cowboys owner Jerry Jones and of course Dallas Mavericks owner Mark Cuban.

This is an interesting move because when you think sports you don’t necessarily think “oh yeah, perfect to restart the US Economy”. But this could be an effort to keep sports in the spotlight because so many seasons are not happening right now due to coronavirus. And many teams are suffering because of it. Vince McMahon in particular has lost the ability to promote his NFL-esque league the XFL which was to make a second attempt at being in the spotlight. It has failed now twice and there is little hope that McMahon will want to bring it back after all this falls away. He’s already let go many of the people involved and has suffered major costs on promotions and salaries for teams that are now obsolete.

It was also recently that the WWE was deemed an “Essential Business” in Florida and was allowed to remain operational. “I think initially there was a review that was done and they were not initially deemed an essential business. With some conversation with the Governor’s office regarding the Governor’s order, they were deemed an essential business. Therefore they were allowed to remain open,” Orange County (Florida) Mayor Jerry Demings explained in a press conference.

McMahon and Trump go way back so this collaboration on their part may also be some sort of back door business deal to make sure that they are going to be OK going forward. Vince McMahon inducted Donald Trump. Vince spoke of Trump and their working relationship during WrestleMania IV and WrestleMania V, as well as the “Battle of the Billionaires” at WrestleMania 23. Keeping sports interests safe is a big deal for a lot of people, and many Americans are going to be glad that we still have them after coronavirus concerns fall to the wayside.

Of course it does sound a bit weird to say the words Vince McMahon will help restart the U.S. Economy out loud.