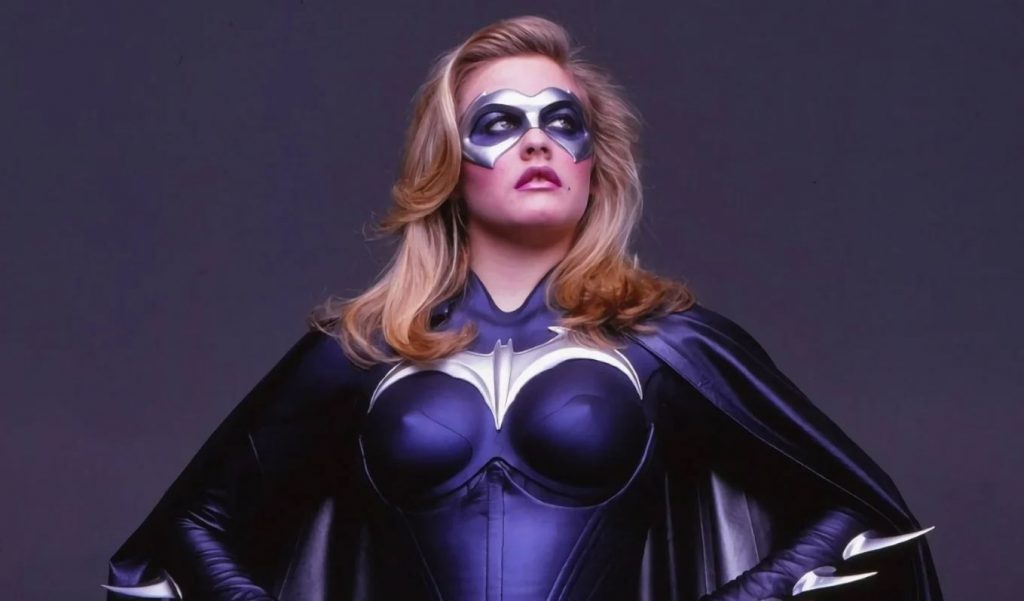 Alicia Silverstone Says She Wants Another Shot at Playing Batgirl

Say what you will Batman & Robin was a great Batman film. The bright colors, the casting and the comic book humor was all a huge part of what make that film a joy to watch. Sure it’s more hokey than a lot of people like with the nipples on the suits and the hard butts etched into them. But nonetheless it still stands to be one of my favorite films. There are many scenes in that that stand out featuring Uma Thurman as Poison Ivy, Arnold Schwarzenegger as Mr. Freeze, Chris O’Donnel as Robin, George Clooney as Batman and of course Alicia Silverstone as Batgirl.

Though the film is made fun of it still holds a special place in a lot of peoples hearts. Including Alicia who recently stated that she would love one more chance at playing Batgirl. She’s older now and more experienced as an actor, so she thinks that she could do a much better job of it than her past self. Speaking with Collider she said,

“I loved all my scenes with [Alfred actor] Michael Gough. Michael Gough is a dream and I just love that man so much. So, you know just being with him was so incredible and lovely,” Silverstone said. “I’m trying to think what else I’d be proud of. I mean, I like it when I get to do the fighting scenes with Uma Thurman. That’s fun. But I’d like to do it all over again as this woman! [Laughs] I think it would be much better now.”

Now if they did want to cast her as Batgirl in a future film that would be one of the coolest throwbacks to date. Silverstone ended up winning the Razzie Award for Worst Supporting Actress for her Batgirl role in the film. But that was also due to the poor critical response the film received. In fact she was also supposed to reprise her role for a sequel but because of the low box office earnings and people not liking it as much as they thought it was never made. Which is too bad because we all would have liked to see Silverstone and Thurman go at it a few more times.

Nothing will probably happen from this but it’s always good to say things out loud. For Silverstone this could be just making a wish that will fall on deaf ears. But if there is enough buzz it’s possible that it could happen. You never know until you put yourself out there. And I know that this girl(me) would love to see more of Batman & Robin just as it was. With Robin’s motorcycle breaking through a wall and making the Robin symbol which is impossible to do because physics. Or the terrible puns, “Ice to see you” or “Alright everybody, Chill”.