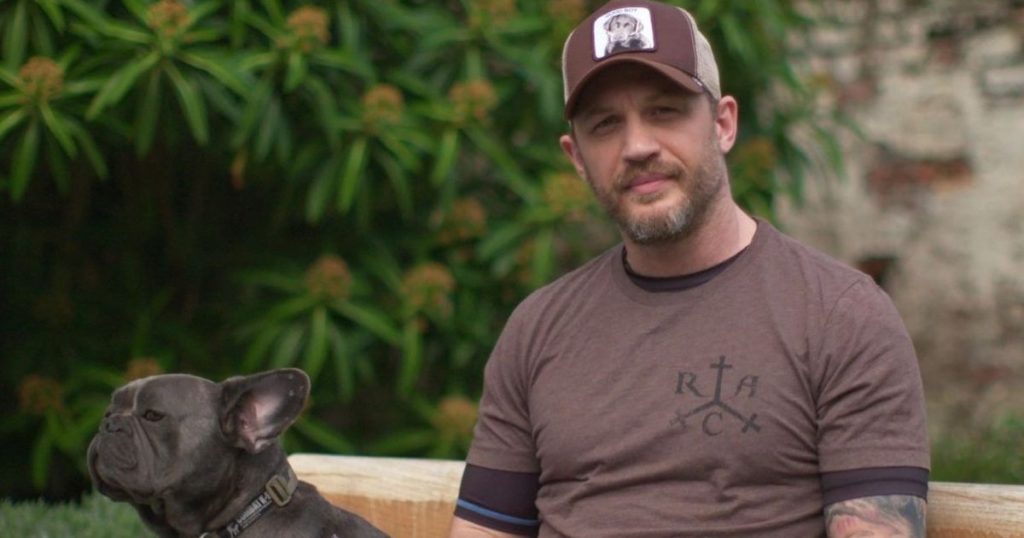 Tom Hardy who is known throughout the nerd world as Bane or Max from Mad Max is going to be reading us bedtime stories. Unfortunately using his real voice and not the voice of Bane which would be pretty hilarious. But who am I kidding I’ll take any chance I can get to snuggle up with a blanket and watch his lips move. I MEAN LISTEN TO HIM READ.. yeah that’s what I meant. Definitely not ogling him.

Tom wanted to play a part in keeping the children of the UK entertained at this challenging time and will read a new story each day starting on Monday 27 April to Friday 1 May, with the date of his sixth, and final, story yet to be confirmed. It says a lot about his character as a person to want to help comfort the children and it makes us love him even more.

Tom, who was accompanied by his adorable French bulldog, Blue, for some of the stories will read his first, Hug Me, by Simone Ciraolo on Monday 27 April at 6.50pm on CBeebies. It is about Felipe the young cactus who really needs a hug but his family just isn’t the touchy-feely kind so he sets off to find a friend of his own – and a hug.

Since being on CBeebies reading stories back in 2016 his recordings are some of the most popular and most requested. So “Hardy Week” will be a real treat for fans. Starting Monday he will read the aforementioned “Hug Me” by Simone Ciraolo. Then the schedule is as follows. Under The Same Sky by Robert Vescio and Nicky Johnston on Tuesday 28 April, about two children on opposite sides of the world who crave friendship. Is it possible to be friends across the miles?; There’s A Tiger In The Garden by Lizzy Stewart is on Wednesday 29 April and is about the power of imagination being able to take you anywhere, even for Nora who doesn’t believe her Grandma when she says she’s seen a tiger in the garden; and Don’t Worry, Little Crab by Chris Haughton is about mustering the courage to try something new and how saying: “Don’t worry, I’m here” can help tentative little crabs discover the brilliant worlds that await when they take the plunge.

Concluding ‘Tom Week’ on Friday 1 May, is The Problem With Problems by Rachel Rooney and Zehra Hicks. Tom tells the bold, humorous and insightful story about how to deal with problems.

If there was ever a time to tune into the BBC it’s now. Because I know I’m definitely going to watch the reruns with my kid and it will be entertaining for us both.