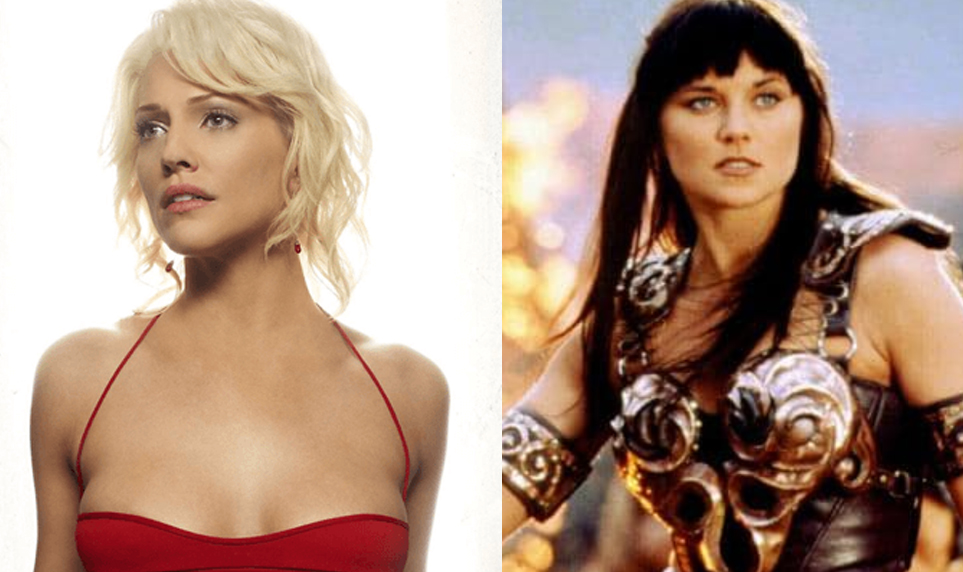 Since we’re all cooped up in our homes with no where to go it’s about time we started rewatching some of our favorite shows. And Syfy seems to know exactly what I wanted to see. They are going to be showing two different marathons this April, Battlestar Galactica & Xena: Warrior Princess. Not only are they airing the shows they will have Tricia Helfer(Six) and Lucy Lawless(Xena!) as hosts.

Starting April 16th all six seasons of “Xena: Warrior Princess” will be hosted by Lucy Lawless. That’s 134 episodes in total! The show will be aired every Thursday morning and afternoon with Lawless hosting wraps for the marathons. The wrap will be presented by SyFy fangrrls and will have special surprise guests sprinkled throughout.

“Battlestar Galactica” will begin airing on Monday, April 20 at 12 AM ET through Thursday, April 23 at 9 AM ET. They will be showing all four seasons of Battlestar Galactica which is 76 episodes in total. They will also be showing the two part miniseries and movies Razor and The Plan. The show will be presented as a 3-day marathon and hosting throughout will be Tricia Helfer who played Six in the show. She will also have some special surprise guests while hosting the show.

Covid-19 may have a lot of us sheltering at home but that won’t stop us from some of our more nerdy endeavors. And if you love either of these shows this is a great opportunity to sit back and watch the marathons and tweet with your fellow watchers on Twitter.